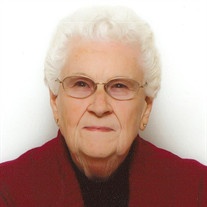 Zelda M. Legg, age 89, of Knoxville, Illinois passed away at 6:51 A.M. on Wednesday, November 15, 2017 at the OSF Saint Mary Medical Center in Galesburg, Illinois. Zelda was born on April 4, 1928 in Carthage, South Dakota, the daughter of Roy and Ethel (Salter) Brace. She married Jerome A. Legg on March 12, 1949 in Carthage, South Dakota. He preceded her in death on February 11, 1999. She is survived by her two children, Larry (Kathy) Legg of East Galesburg, Illinois, Charlene (Tom) Hillier of Knoxville, Illinois; twelve grandchildren; twelve great-grandchildren; two great-great grandchildren; many nieces and nephews; and two special friends, Irene and Delores. She was preceded in death by her parents; huband; and three siblings. She worked in retail, and was employed at Sears, Gambles and then J.C. Penney in Galesburg, Illinois. Zelda was of the Methodist faith, and also belonged to the Knoxville Women’s Club of Knoxville, Illinois. She was a loving grandmother. Visitation will be held on Monday, November 20, 2017 from 1:00 to 2:00 P.M. at the Hurd-Hendricks Funeral Homes and Crematory in Knoxville, Illinois. Funeral Services will be held at Monday, November 20, 2017 at 2:00 P.M. at the Hurd-Hendricks Funeral Homes and Crematory in Knoxville, Illinois, Rev. John Kneuppel officiating. Interment will be at the Knoxville Cemetery in Knoxville, Illinois. Memorial contributions may be made to the Knoxville High School. On-line Condolences or expressions of sympathy may be made through www.hurd-hendricksfuneralhomes.com To send flowers or a memorial gift to the family of Zelda M. Legg please visit our Sympathy Store.
To send flowers to the family in memory of Zelda M. Legg, please visit our flower store.