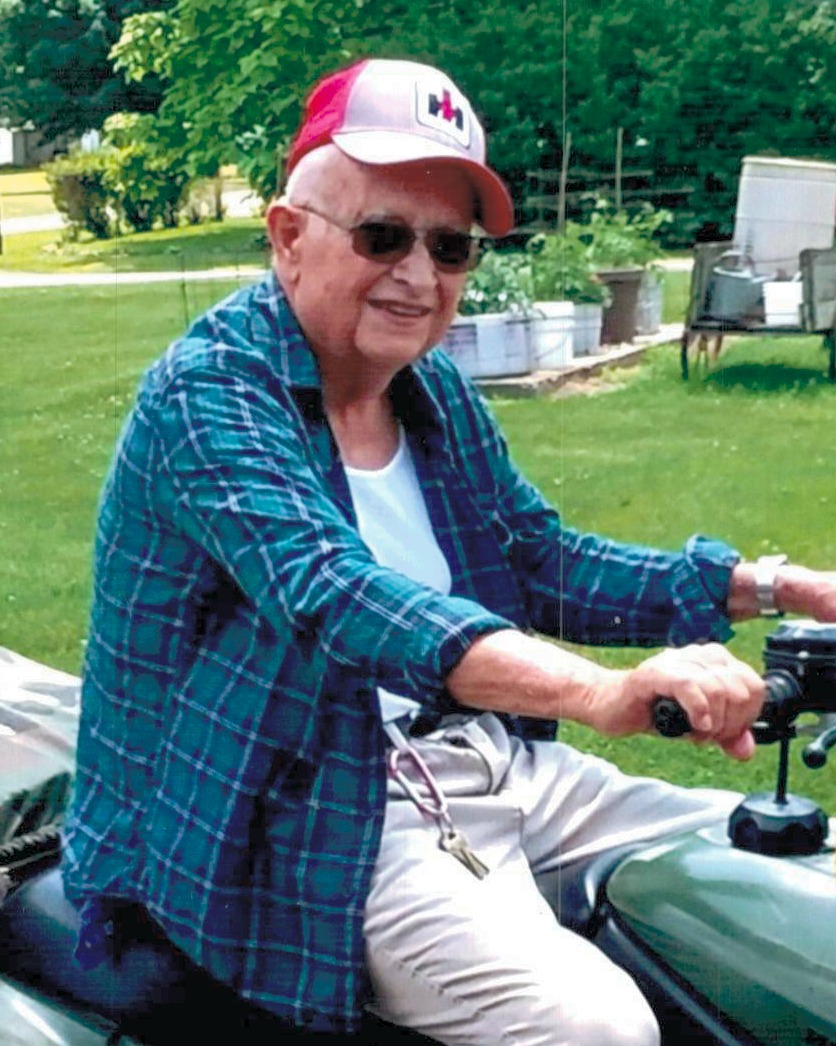 William was born on November 11, 1933 in Rio Township. He was the son of James and Grace (Melton) Kenney. He married Mary Sue Leath on June 17, 1955. Together they celebrated 35 years of marriage until she preceded him in death on November 1, 1990. He later married Jessie L. Rippey on April 29, 1999 in Sullivan. William is survived by his wife, Jessie, at home; children, Bill (Brenda) Kenney of Galesburg and Sue (Mike) Austin of Rock Island; two grandchildren, Amanda Kenney of Moline and Brandon Kenney of Danville; and a great-grandson, Hunter Riley. He was preceded in death by his parents, wife, Mary Sue, three brothers and a sister.

William was a graduate of ROVA High School. He owned and operated his own contracting/carpentry business with Reid Kenney. Later, William worked as a Mill Wright at Butler Manufacturing for 32 years, retiring in 1997. William enjoyed four wheeling, gardening, hunting, attending tractor shows and the Rutledge Flea Market. He was able to enjoy 25 years of retirement. William enjoyed life to the fullest and was a caring, compassionate family man, who loved to visit and tell stories.

Graveside services will be 11:00 AM, Tuesday, January 3, 2023 at the Oneida Cemetery. Reverend Lonnie Sheldon will officiate. Hurd-Hendricks Funeral Homes and Crematory are assisting the family with arrangements. Memorials may be donated to the Galesburg Rescue Mission. Expressions of sympathy may be left to the family at www.hurd-hendricksfuneralhome.com.

To send flowers to the family in memory of William R. Kenney, please visit our flower store.