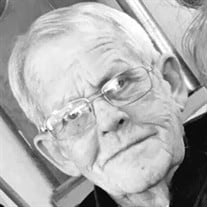 William C. “Bill” Beach, age 74, of Knoxville, died on Wednesday, February 21, 2018 at the Richard L. Owens Hospice Home in Peoria. He was born on May 29, 1943 in Peoria, the son of William and Theresa (Koll) Beach. He was raised by Claude and Theresa Johann. He attended Yates City High School in Yates City. He married Mary Katherine Sparks; then he married Judy Taylor on August 21, 1993 in Galesburg. Surviving his is wife, Judy Beach of Knoxville; one daughter: Toni (Robert) Anderson of Pekin; one step-son: Bill (Annie Kelso) Belville of East Galesburg; two step-daughters: Angela Belville of Galesburg, Kristy (Danny Orozco) Belville of Galesburg; three nephews: Chad Morse of Maquon, Craig (Brenda) Jones of Maquon, Kenny (Danielle) Jones of Middle Grove; ten grandchildren: Terris, Travis and Tony Martin, Biannca, Chyann, “Brat”, Jordan, Preston, and Karley Belville, Megan Nelson, Dennis Moorehead; eleven great-grandchildren; and two sisters: Clair (Jack) Braten of Maquon and Paula (John) Ray of Maquon. He was preceded in death by his parents; one son, Bill; and one granddaughter, Samantha. He worked for Gates Rubber Company in various departments and was the Union Steward before he retired. He was a member of the Harry Philblad American Legion Post of Knoxville and the Knoxville Booster Club. He was a U.S. Army veteran, serving in the Korean Conflict. He was an avid St. Louis Cardinals fan and he loved to fish any chance he got. A Celebration of life will be held on Saturday, March 24, 2018 from noon until 3:00 P.M. at the Knoxville American Legion in Knoxville, Illinois. Memorials may be made to the Knoxville American Legion, Knox County Humane Society, or the Richard L. Owens Hospice Home in Peoria, Illinois. On-line condolences and expressions of sympathy may be made through www.hurd-hendricksfuneralhome.com To send flowers or a memorial gift to the family of William "Bill" C. Beach please visit our Sympathy Store.
To send flowers to the family in memory of William "Bill" C. Beach, please visit our flower store.