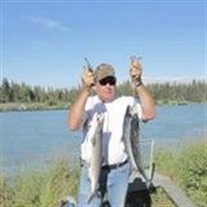 On this day, September 13, 2017, our good Lord decided the Rolling Stones still needed Keith Richards, so he, instead, painted our red door black, taking our beloved husband, father, grandfather, uncle, and friend Thomas J. Reams, age 67. Before leaving this Earth for the heavenly doors above, Tom married (and cherished but also agitated) his wife June (Lewis) Reams on April 6, 1974. Tom and June were proud parents to Dennis (Jennifer) Reams of Phoenix, AZ and to Karen Reams of Willowbrook, IL. Tom was also a doting grandfather (aka Ice Cream King) to Janna and Natalie Reams. Tom was big brother and little brother to his six siblings, loved and inspired by all of them (although his twin may still hold a small grudge for that one time he threw sand in her face in the sandbox): Judy (Joe) Leonard of Pismo Beach, CA, Barbara (Vern, deceased) Setterdahl of Gilson, IL, twin sister Carole (Greg) Vandersteeg of Prescott, AZ, Bob Reams of Galesburg, IL, and Steve (Diane) Reams of Brownsburg, IN. Tom’s parents, Wesley and Stella Reams, and brother Richard Reams all preceded him in death. Somewhere early in Tom and June’s 43 year-long marriage, the suffix in-law became obsolete, and June’s family became an extension of Tom’s family. Tom is survived by June’s mother Margaret Lewis of Colchester, IL and June’s siblings: Susan McSperritt of Macomb, IL, Steven (Cindy) Lewis of Warrenville, IL, Rose (Jay) Garrison of Knoxville, IL, and George (Kim) Lewis of Downs, IL. June’s father Bernard Lewis is deceased. Uncle Tom has influenced all nieces, nephews, spouses, and children on both sides of the family with his humor, storytelling, and offering his farm as a spot for family gatherings. Tom grew up in Henderson, IL before graduating from Galesburg High School in 1968 and immediately joining BNSF to become a legendary locomotive engineer. Before he began his preferred role as a retired locomotive engineer and grass farmer, in 2010, he passed onto his apprentices and coworkers the secret to creating a legacy of running trains with a wicked sense of humor. When he wasn’t riding the rails, Tom embraced his role as Captain of his fishing boat, the Gut Wagon, and could be found on the lake attempting to out fish his kids and friends. He also enjoyed riding the quad to all parts of his self- made wildlife nature center, checking trail cams to prove to Dennis the “big one” does exist, and acting as shooting range instructor to friends and family who wanted to improve their target shooting techniques and hit the bulls eye. Overall, Tom was a family man. He and June spent countless hours tending their bountiful vegetable gardens and flower beds. His farm was where his heart was. Family picnics and dinners were always followed by a trip to the pond to teach or hone fishing skills. There were times when four generations would share the fishing experience at Tom’s pond. In his memory, take someone fishing or hunting, go to the shooting range, or help a neighbor or friend, preferably, while listening to one his favorite music groups, the Rolling Stones, AC/DC, Creedance Clearwater Revival, or Tom Petty. If you choose, you can also donate in his name to Pheasants Forever, The V Foundation for Cancer Research,or to C.A.S.A. of West Central Illinois. Visitation will be held on Sunday, September 17, 2017 from 4 p.m. to 7 p.m. at Hurd-Hendricks Funeral Home, and Memorial Service will be held on Monday, September 18, 2017 at 11:00 a.m. at Hurd-Hendricks Funeral Home with luncheon to follow in the Fellowship Room. Tom was a blue jean kind of guy, and therefore, does not require formal attire for attending services. To send flowers or a memorial gift to the family of Thomas J. Reams please visit our Sympathy Store.
To send flowers to the family in memory of Thomas J. Reams, please visit our flower store.