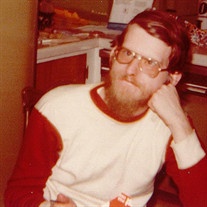 Thomas R. “Tom” Cole, 71, of Galesburg, passed away on Sunday, January 23, 2022, 1:45 PM at Heartland Healthcare Center, Galesburg. Tom was born on December 25, 1950 in Galesburg. He was the son of Orville “Shorty” and Bettie Mae (Ferris) Groom. Tom married Roenia Kay Reed on August 29, 1979, in Galesburg. Tom is survived by his two sons, Jason Cole of Wisconsin and Kevin Cole of Abingdon; siblings, David Cole, Carol Cole and Cheryl Swanson, all of Galesburg; grandchildren, Collin, Emma, Morgan. He was preceded in death by his parents, brother-in-law, John Swanson and sister-in-law, Barb Cole. Tom worked for 32 years at the Research Hospitals in Galesburg and Peoria as a Dietary Aide in the kitchens. He loved to bowl and was an avid WWE wrestling fan. Tom was a hard worker and was always willing to help his coworkers. Tom was a charmer and had a great personality. He was well liked and never knew a stranger. Tom will be missed by those who loved him. Cremation rites have been accorded. A visitation will be held from 4-6 PM, Saturday, January 29, 2022, at Hurd-Hendricks Funeral Homes and Crematory, Knoxville, Illinois. Hurd-Hendricks Funeral Homes and Crematory have been entrusted with the arrangements. Memorials may be made to the American Red Cross or to the Salvation Army. On-line condolences and/or expressions of sympathy may be sent through www.hurd-hendricksfuneralhome.com To send flowers or a memorial gift to the family of Thomas R. "Tom" Cole please visit our Sympathy Store.
To send flowers to the family in memory of Thomas R. "Tom" Cole, please visit our flower store.