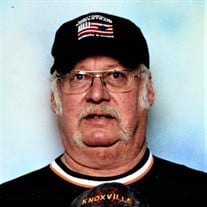 Theodore W. “Ted” Bent, age 73, of Gilson, Illinois, died at 8:50 A.M. on Thursday, March 12, 2020 at the OSF Saint Mary Medical Center in Galesburg, Illinois. Ted was born on May 20, 1946 in Galesburg, the son of Willard W. and Needra I. (Ott) Bent. He made many memories and lifelong friendships as he grew up in the Knox County area. He attended Galesburg High School, graduating with the class of 1966. After graduation, he enlisted in the United States Army and proudly served his country in the Vietnam War; he was honorable discharged from service in December of 1971. On June 10, 1971, Ted was joined in marriage to Karen Sue Cowman in Maquon, Illinois. Karen preceded him in death on November 16, 2017. Left to cherish Ted’s memory is his loving son, Jason (and Becky Ernst) Bent of Knoxville, Illinois; his grandson, Wade Bent of Knoxville; and his sister, Pamela Crose of Galesburg. He was preceded in death by his parents and wife. Ted worked for the Gates Rubber Company for thirty-eight and a half years, until his retirement. He served on the Gilson Fire Department as Fire Chief for over forty years. Ted was a member of the Knox County TRIAD. He was an avid outdoorsman and could often be found hunting, fishing, or just spending time in the great outdoors in his spare time. He was a loving and devoted son, husband, father, grandfather, brother, and friend and will be greatly missed by all who knew and loved him. Visitation will be held on Sunday, March 15, 2020 from 4:00 P.M. to 7:00 P.M. at the Hurd-Hendricks Funeral Home & Crematory in Knoxville. The funeral service will be held on Monday, March 16, 2020 at 10:30 A.M. at the funeral home. Military rites will be conducted by the VFW/ American Legion/ AMVets Honor Guard. Interment will be at the Maquon Cemetery in Maquon, Illinois. Memorial contributions may be made to the American Heart Association. To send flowers or a memorial gift to the family of Theodore W. "Ted" Bent please visit our Sympathy Store.
To send flowers to the family in memory of Theodore W. "Ted" Bent, please visit our flower store.