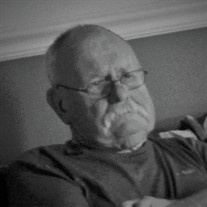 Terry R. Mauer, age 76, of Knoxville, Illinois, died at 4:24 A.M. on Thursday, June 21, 2018 at the Knox County Nursing Home in Knoxville. He was born on June 17, 1942 in Macomb, Illinois, the son of Eldon and Helen (Lefler) Alton. He married Roberta “Bert” Thorne on December 31, 1969 in Knoxville, and they were married for 49 years. Surviving is his wife, Bert Mauer of Knoxville; his children: Brian (Leslie) Mauer of Zion, Illinois, Brenda (Jeff) Plotner of Toulon, Illinois, Ronda (Mark) Olin of Oneida, Illinois, Robert Daum of Brookwood, Alabama; eight grandchildren; and six great-grandchildren. He is also survived by his sister, Ann (Tom) Stites of Macomb, Illinois. He was preceded in death by his parents; and a daughter, Terri Michelle. Terry was a barber in Knoxville for 55 years. He was active in the community, including being a part of the Knoxville Youth League and the Annual Knoxville Car Show. He served as a past Knoxville Alderman, as President of the Knoxville Library Board, and as Chairman of the Knoxville Planning Commission. He also served as the Advancement Chairman for the Boy Scouts Inali District and for Knoxville Troop 220. He was of the Methodist faith. Visitation will be held from 2:00 P.M. to 4:00 P.M. on Sunday, June 24, 2018 at the Hurd-Hendricks Funeral Home in Knoxville, Illinois. Private graveside services will be held on Monday, June 25, 2018. Memorials may be made to the Boy Scouts or to the Knoxville Library. Online condolences and expressions of sympathy may be made through www.hurd-hendricksfuneralhome.com To send flowers or a memorial gift to the family of Terry R. Mauer please visit our Sympathy Store.
To send flowers to the family in memory of Terry R. Mauer, please visit our flower store.