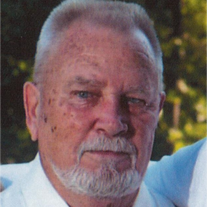 Ted R. Chism, 76, of Galesburg, Illinois, passed away Wednesday, September 13, 2017 at 8:08 A.M. at the OSF Saint Mary Medical Center in Galesburg, Illinois. Ted was born September 17, 1940 in Mobile, Alabama the son of Teddy and Joseby (Byrd) Chism. After his father was killed in Iwo Jima in 1945 his Paternal Grandmother, Rebecca Chism and Paternal Aunt, Beadie Chism raised him as their son. He married Frances Waite on February 17, 1960. He later married Rita Cottom on January 13, 1979 in Norcross, Georgia. He is survived by his wife; Rita Chism of Galesburg, 3 children; Nicole Eason of Memphis, TN, Stacey (Michael) Lusk of Nashville, TN, T.J. (Jordan) Chism of Goodfield, IL, and 6 grandchildren; Sydney Eason, Claire Eason, Mason Lusk, Michaela Lusk, Noelle Lusk, Chase Chism. He was preceded in death by his parents; Teddy and Joseby Byrd, grandmother;Rebecca Chism, and aunt; Beadie Chism. Ted enjoyed antique cars and target shooting. He was a lifetime member of the National Rifle Association. He loved his special cat companion whom he called “Dog” He was a loving Husband, Father, and Grandfather. A graveside memorial service will be held Saturday, September 16, 2017 at 10:00 A.M. at the Oneida Cemetery in Oneida, IL. Memorial contributions can be made to the NRA or Guardian Angels. The Hurd-Hendricks Funeral Home is assisting the family. Online condolences may be left at www.hurd-hendricksfuneralhome.com.
To send flowers to the family in memory of Ted R. Chism, please visit our flower store.