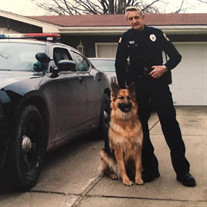 Russell W. “Bill” Greene, age 81, of Knoxville, Illinois, passed away on Wednesday, February 7, 2018 at the Knox County Nursing Home in Knoxville, Illinois. He was born on January 4, 1937 in Galesburg, Illinois, the son of Russell S. and Maude (Cronable) Greene. He married Karen J. Nylin and they had a son, Keith “Opey” (Mimi) Greene of Knoxville, and a daughter, Kari (Jarod) Buckman of Maquon, Illinois. In 1987, he married Judy (Anderson) Moore. They all survive. Also surviving are two step-sons: Tim (Sherri) Moore of Galesburg and David Moore of Lake Bracken, Illinois; six grandchildren: Whitney (Matt Skinner) Greene, Cody (Megan) Greene, Tony Nicholas, Dalton Buckman, Kolbie Buckman, Boston (Allison Speltz) Jacobs; three step-grandchildren: Danny (Lindsey Huber) Moore, Michael (Kacie) Moore, Skyler Mossage; one great-grandchild, Ellisyn Greene; five step great-grandchildren: Anthony Moore, Aiden Moore, Lacie Huber, Bentley Huber, and Adelynn Lawver. He was preceded in death by his parents; and one step-son, Roger Moore. Bill worked in law enforcement since 1966, serving on the Knoxville Police Department and also served as Chief. In 2017, he was honored by the city for his long-time service to the community of Knoxville. He was a Semi Driver for about 19 years. He worked security at OSF Saint Mary Medical Center and in his later years, continued as part time at the Knoxville Police Department. He was a founding member of the AMVETS and served on the Knoxville Fire Department for over fifty years. People loved to hear Bill play music in local country bands for many years. He was a lifelong member of the Illinois Police Association. He was a member of the Masonic Lodge since 1958. He was installed by his father; he had earned the 32nd Degree. He was in the Army Reserve from 1954 to 1962. Bill was a member of the First Christian Church in Knoxville. All those who knew Bill, knew he loved to tell stories and jokes over a good cup of coffee. These stories made for a big smile and a great laugh. We will miss you Bill. Visitation will be held on Sunday, February 11, 2018 from 4:00 P.M. to 6:00 P.M. at the Hurd-Hendricks Funeral Home & Crematory in Knoxville, Illinois. The Funeral Service will be held on Monday, February 12, 2018 at 2:00 P.M. at the Hurd-Hendricks Funeral Home & Crematory in Knoxville, Pastor Don Williams officiating. A Fellowship will be held following the funeral service at Hurd-Hendricks Fellowship Center in Knoxville. Interment will be at the Knoxville Cemetery in Knoxville. Memorials may be made to the Illinois Police Association, OSF Hospice, the Friends of Knox County Nursing Home, or Guardian Angels. To send flowers or a memorial gift to the family of Russell "Bill" W. Greene please visit our Sympathy Store.
To send flowers to the family in memory of Russell "Bill" W. Greene, please visit our flower store.