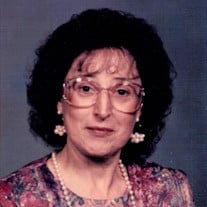 Ruby R. Crane, age 73, of Wataga, Illinois, died at 10:37 P.M. on January 3, 2020 at the Genesis Hospital in Silvis, Illinois. On March 23, 1946, Ruby was born in Keokuk, Iowa, the daughter of Lawrence O. “Russ” and Wanna (Washburn) Russell. She was raised by her father and step-mother, Anna May Russell, in the Knox County area, and graduated from Knoxville High School with the class of 1964. Ruby was joined in marriage to Larry D. Crane on August 12, 1967 at the First Church of the Nazarene in Galesburg, Illinois. Left to cherish Ruby’s memory is her loving husband of fifty-two years, Larry D. Crane of Wataga; their two children: Timothy Crane of Peoria, Illinois, Thomas Crane of Galesburg; and one brother, Randy (and Wendy) Russell of Beavercreek, Ohio. She was preceded in death by her parents; one brother, Larry Russell; and one sister, Peggy Brown. After graduating from high school, Ruby went on to attend a trade school to learn teletype and computer skills so that she could work for Western Union. She worked for Western Union in New York City for two and a half years, and this is where she first met her husband, Larry. Once they returned to the Knox County area, Ruby began working for Maytag and was a line worker for over thirty years. She then worked at Caterpillar for another seven years, until her retirement. Ruby was a dedicated and active member of her church, the Galesburg First Church of the Nazarene, where she served as a Sunday school teacher for many years. She greatly enjoyed spending time with her friends, often meeting them at HyVee for breakfast. Other past times she enjoyed included reading and taking care of her beloved cats. Visitation will be held on Thursday, January 9, 2020 from 10:00 A.M. to 11:00 A.M. at the First Church of the Nazarene in Galesburg, Illinois. The funeral service will directly follow at 11:00 A.M., Rev. Harold Berrian officiating. Entombment will be at the Oaklawn Memorial Gardens in Galesburg. In lieu of flowers, memorial contributions may be made to the Knox County Humane Society, or a Humane Society of the donor’s choice. To send flowers or a memorial gift to the family of Ruby R. Crane please visit our Sympathy Store.
To send flowers to the family in memory of Ruby R. Crane, please visit our flower store.

First Church of the Nazarene

First Church of the Nazarene