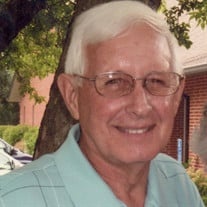 Robert E. Wright, age 74, of Rural Dahinda, Illinois died at 1:37 P.M. on Tuesday, November 8, 2016 at his home. He was born on April 22, 1942 in Des Moines, Iowa the son of R. Doidge and Opal (Rupe) Wright. Robert married Sandra Collopy on January 11, 1963 at the Dahinda Methodist Church in Dahinda, Illinois Surviving is his wife, Sandra Wright of Dahinda, Illinois; three sons; Brett (Mindy) Wright of Knoxville, Illinois, Brian (Angel) Wright of Knoxville, Illinois and Josh (Crystal) Wright of Morton, Illinois; one daughter, Jackie (Gary Walker) Weidenhamer of Knoxville, Illinois; nine grandchildren, Logan and Alex Weidenhamer, Sydney Wright, Jade Wright, Miya Wright, Hollan Wright, Bryn Wright, Liam Wright and Kellan Wright; two sisters, Marilyn Hines of Eustis, Florida and Betty Young of Apopka, Florida; one brother, Charles Wright from Sandy, Utah; three step-sisters and 2 step-brothers. He was preceded in death by his parents, two step-fathers; Elmer Hines and Marna Chapai; and two brothers Steve Hines and Ivan Hines. Robert worked for Gates Rubber Company for 41 years, retiring in 2003. He was a member of the Dahinda United Methodist Church, an active member of the FFA and a volunteer for the Appleton Fire Department for 32 years. Robert enjoyed his grandkids and following their sports, being groundskeeper, the St. Louis Cardinals, the rural lifestyle, tractors, farm work and working in the yard. He was a man who led with his actions more than his words. Robert was kind hearted and honest. He was always ready to help others and fix things. His can-do attitude was infectious and he will be remembered for his humbleness, kindness and love for his entire family. Funeral Services will be held at 10:30 A.M. on Saturday, November 12, 2016 at the Hurd-Hendricks Funeral Homes in Knoxville, Illinois. Rev. Jennifer Seder will officiate. Visitation will be held from 6:00 P.M. until 8:00 P.M. on Friday, November 11, 2016 at the Hurd-Hendricks Funeral Homes in Knoxville, Illinois. Interment will be at the Williamsfield Cemetery in Williamsfield, Illinois. Memorial contributions may be made to the Knox County Extension 4-H Foundation or the Knox County Fairgrounds. Online condolences can be left at www.hurd-hendricksfuneralhome.com To send flowers or a memorial gift to the family of Robert E. Wright please visit our Sympathy Store.
To send flowers to the family in memory of Robert E. Wright, please visit our flower store.