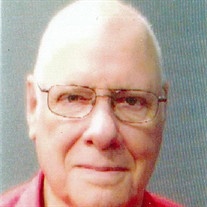 Richard C. Carlson, age 79, of Galesburg, Illinois died at 10:46 P.M. on Friday, August 28, 2020 at OSF St. Mary’s Medical Center in Galesburg, Illinois. Richard was born on April 21, 1941 in Galesburg, Illinois the son of Bertis and Catherine (Westergreen) Carlson. He was reared and educated in Knox County, Illinois. He graduated High School in Sierra Vista, Arizona and then graduated from Arizona State University with a degree in Computer Science. Surviving is a sister: Pam (Jerry) Kimble of Sparland, Illinois, Step-brother, Larry (Monica) Clevenger of Knoxville, Illinois, Step-sister, Sandra (Terry) White of Newport Richie, Florida, his extended family, including the congregation of the Oaks Community Church. He was preceded in death by his parents and two brothers, Rodney Carlson and Larry Carlson. He served his country for three years in the United State Army from February 14, 1963 to February 11, 1966. As a civil servant he worked in Washington D.C. as a Computer Operator, at the United State Post Office, as a prison guard, and finally retired from the Rock Island Arsenal after 13 years as a Police Officer. He was a member of the Rock Island Arsenal SWAT Team. He also served on the Search & Rescue Team for the Knox county Sheriff’s Office and was a Knox County Sheriff’s Deputy. He was a member of the Oaks Community Church in Rural Dahinda, Illinois. Richard loved the Lord and to travel. He saw the United States from Alaska to Florida, Seattle to Maine, his preferred mode to travel was either by car or the Amtrak Train. Visitation will be held from 9:00 to 10:00 A.M. on Wednesday, September 2, 2020 at the Westfall Cemetery in Rural Victoria, Illinois. Graveside service will follow at 10:00 A.M., with Rev. Marty Briney officiating. Military Services will be conducted at the cemetery. Arrangements have been entrusted with Hurd-Hendricks Funeral Homes and Crematory, Knoxville. Memorial may be made to the Galesburg Rescue Mission. To send flowers or a memorial gift to the family of Richard C. Carlson please visit our Sympathy Store.
To send flowers to the family in memory of Richard C. Carlson, please visit our flower store.