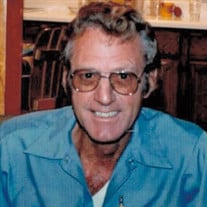 Ralph D. Alexander, age 87, of Galesburg, Illinois died at 11:14 P.M. on Friday, March 26, 2021 at his home in Galesburg, Illinois. Ralph was born on May 29, 1933 in rural Galesburg, Illinois the son of Stanley and Martha (Willett) Alexander. He attended and graduated from Galesburg High School in 1952. He married Joyce M. Hamilton on December 21, 1952 in Kahoka, Missouri. He then served in the United States Air Force from 1953 to 1957 during the Korean War. Surviving is a daughter, Diane Anderson of Galesburg, Illinois and a son, Duane (and Linda) Alexander of Las Vegas, Nevada; nine grandchildren, twenty-one great grandchildren and five great-great grandchildren; one brother, Russell Alexander of Decatur, Illinois. He was preceded in death by his parents, his wife, one son, Mike, two sisters, Marie Lang and Ruby Hughs, and three brothers, Wayne, Curtis and Percy. He worked for E.J. Martin landscaping as a heavy equipment operator and a 50 plus year member of the International Union of Operating Engineers Local 649 of Peoria, Illinois. He was a member of the Ralph M. Noble American Legion Post #285 of Galesburg, Illinois and served as past commander. Visitation will be held from 2:00 – 4:00 P.M. on Friday, April 2, 2021 at the Hurd-Hendricks Funeral Homes & Crematory in Knoxville, Illinois w/ military rites conducted by the VFW/American Legion/AMVets Honor Guard at 4:00 P.M. There will be no funeral services or interment. Memorials may be made to the American Cancer Society. Due to the COVID-19 restrictions, face masks and social distancing will be required. On-line condolences and/or expressions of sympathy may be sent through www.hurd-hendricksfuneralhome.com. To send flowers or a memorial gift to the family of Ralph D. Alexander please visit our Sympathy Store.
To send flowers to the family in memory of Ralph D. Alexander, please visit our flower store.