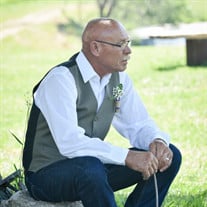 R. Lee Steele, 62, of Gilson, IL, died at his home on Tuesday, June 29, 2021. He was born on September 20, 1958 to James and Carole Steele. Lee graduated from Knoxville High School in 1976. He then attended Black Hawk East Community College in Kewanee, where he was a member of the livestock judging team. Lee married Debbie Steck on June 18, 1977. She preceded him in death on November 1, 1991. He later married Stephanie Carlson on January 9, 1993; she survives at home. Lee is survived by his mother, Carole Steele; he was the proud father of Dirk (Lindsey) Steele, Darla (Chris) Donovan and Cole Steele; a loving PaPa to Andrew and Haley Steele, Cade, Grace and Steelee Donovan. Lee is also survived by special family member, Alex (Madison) Mallery; sister, Christine (Ed) Johnson; brothers and sisters-in-law, David (Sharon) Steck, Dean (Jan) Steck, Melissa (Mark) Hazen, Andrea (Corey) Hanson, and Emily (Joe) Nichols; and parents-in-law, Richard and Diane Carlson; as well as numerous nieces and nephews. He was preceded in death by his father, Jim, son, Cole and parent-in-laws, Darrell and Belle Steck. Lee was a lifelong member of Grace Lutheran Church of Knoxville. He farmed and had a custom hay business in his earlier years. He later worked for Crop Production Services. Together, Stephanie and he owned and operated Torch and Hammer Fabrications. Lee enjoyed being outdoors, working hard, and creating beautiful pieces from scrap. One of Lee’s proudest moments was having the Champion and Reserve Champion Barrow at the 1972 Illinois State Fair Jr. Show. Visitation will be from 4:00 – 7:00 PM on Friday, July 2, 2021, at Hurd-Hendricks Funeral Homes and Crematory, Knoxville. Funeral services will be private. Hurd-Hendricks Funeral Homes and Crematory of Knoxville have been entrusted with arrangements. In lieu of flowers, the family requests that memorials be made to the family to establish a scholarship at a later date. Expressions of sympathy may be sent through www.hurd-hendricksfuneralhome.com. To send flowers or a memorial gift to the family of R. Lee Steele please visit our Sympathy Store.
To send flowers to the family in memory of R. Lee Steele, please visit our flower store.