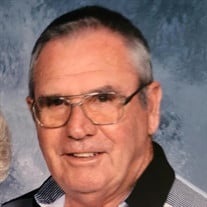 Phillip R. “Phil” Fielder, 86, of Knoxville, passed away Saturday, May 7, 2022, 5:05 PM at Knox County Nursing Home, Knoxville. Phil was born May 20, 1935 in Abingdon. He was the son of Ross and Gertrude (Tuttle) Fielder. He married Carole West and later he married Charlotte (Rees) Elledge on March 27, 1976 in Galesburg. Together, Phil and Charlotte were married just two weeks shy of celebrating 40 years of marriage before her passing. Phil is survived by his daughter, Kelly (Andrew) Aloian of Davenport and sisters, Joan Tabb of Galesburg and Jean Ray of Abingdon. He was preceded in death by his wife, Charlotte, parents, son, David Ross Fielder, brother, Robert Lee Fielder and step-son, Mark R. Elledge. Phil was raised on the family farm outside of Abingdon and was a 1953 graduate of Abingdon High School. He was a veteran of the United States Army. Phil started working at Maytag at the age of 20 years old as a maintenance man, he worked for 42 years, retiring at the age of 62 years old in 1997. Phil was an avid trap shooter, winning numerous awards at competitions. He loved the outdoors and farming. Graveside services will be 10 AM on Monday May 16, 2022 at East Linwood Cemetery, Galesburg. Military rites will be conducted at the graveside. Hurd-Hendricks Funeral Homes & Crematory are in charge of arrangements. Memorial contributions may be made to St. Jude’s Children’s Hospital. On-line condolences and/or expressions of sympathy may be sent through www.hurd-hendricksfuneralhome.com To send flowers or a memorial gift to the family of Philip R. "Phil" Fielder please visit our Sympathy Store.
To send flowers to the family in memory of Philip R. "Phil" Fielder, please visit our flower store.