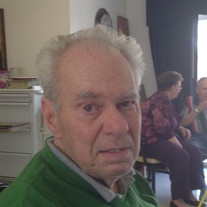 Norman “Norm” Lynn Phillips, age 75, of Quincy, Illinois formerly of Macomb, Illinois died on Saturday, March 31, 2018 at the Veterans Home in Quincy, Illinois. Norm was born on January 18, 1943 the Naval Base in Newport, Rhode Island, the son of Cecil Delbert and Juanita “Maxine” (McGaughey) Phillips. He graduated from Macomb High School in 1961. He married Carol Sue Burmood in September of 1963 in East Galesburg, Illinois. Surviving is a daughter: Toni (Pat) Hohenbery; two sons Tuck (Gloria) Phillips and Curt (Becky Tollard) Phillips all of Maquon, Illinois; six grandchildren, Nichole (Anthony) Moulden, Patrick (Kelsy) Hohenbery, Tamara (Nick) Phillips, Corbin Phillips, Curissa Phillips, and Corie Phillips; two great grandchildren. Also surviving is one sister Mary Kay Edelen of Peach Tree, Georgia. Norm joined the United States Navy after he graduated from high school in 1961 and served on the USS Luce and was in the war “The Bay of Pigs”. After leaving the service in 1965 he later worked at Gale Manufacturing in Galesburg, Illinois until it closed. Then, he worked for Pioneer in Good Hope, Illinois and later drove a city bus for Macomb, before retiring. He past enjoyments were fishing and camping; watching old western movies and listening to the old-time country western music. Graveside services will be held at 2:00 P.M. on Wednesday, April 4, 2018 at the Oakwood Cemetery in Macomb, Illinois. Military rites will be conducted by the Macomb American Legion. Hurd-Hendricks Funeral Homes & Crematory is in charge of the arrangements. Memorials may be made to the Veterans Home in Quincy, Illinois. To send flowers or a memorial gift to the family of Norman "Norm" L. Phillips please visit our Sympathy Store.
To send flowers to the family in memory of Norman "Norm" L. Phillips, please visit our flower store.