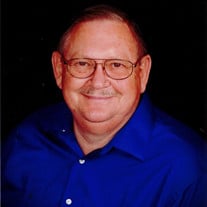 Mark E. “Harpo” Wilson, age 73 of Knoxville, Illinois died at 8:40 A.M. on Saturday, January 2, 2021 at his home. He was born on July 15, 1947 in Monmouth, Illinois. He was adopted by his parents Robert and Virginia (Cameron) Wilson. He was reared and educated in New Boston attending Westmer High School. He married Pamela D. Plyer on July 19, 1970 in New Boston, Illinois. Surviving is his wife, Pamela Wilson of Knoxville, Illinois; his children, William W. Wilson of Crest Hill, Illinois and Paula M. Wilson of Galesburg, Illinois; one grandson, Austin (Samantha) Wilson of Galesburg, Illinois; one sister, Joan Brockert of Muscatine, Iowa; two nieces, Amber Hahn of Muscatine, Iowa and Sherri Gehiken of Reynolds, Illinois. He was preceded in death by only his parents. He began his career as an officer for the Joliet Correctional Center in Joliet, Illinois, transfer to Hill Correctional Center in Galesburg, Illinois, finally retiring in 2012 as a Lieutenant from Stateville Correctional Center in Joliet, Illinois. He was a member of the Knoxville United Methodist Church in Knoxville, Illinois, Pacific Lodge 66 A.F. & A.M. in Knoxville, Illinois, Scottish Rite of Moline, Illinois and Honorary Member of the Maquon Masonic Lodge 530 A.F. & A.M. and the Knox Country TRIAD. He enjoyed helping around his church, woodworking, guns and when he was younger, hunting. He loved to be on the water, and especially the cruises he took. Visitation will be held from 5:00 to 7:00 P.M. on Thursday, January 7, 2020 at the Hurd-Hendricks Funeral Homes & Crematory in Knoxville, Illinois. Masks and social distancing will be required. Private Masonic Services will be held following the visitation. Private Funeral services will be held on Friday, January 8, 2020. Memorials may be made to the Knoxville United Methodist Church or Knoxville Masonic Lodge. On-line condolences and/or expressions of sympathy may be sent through www.hurd-hendricksfuneralhome.com To send flowers or a memorial gift to the family of Mark E. "Harpo" Wilson please visit our Sympathy Store.
To send flowers to the family in memory of Mark E. "Harpo" Wilson, please visit our flower store.