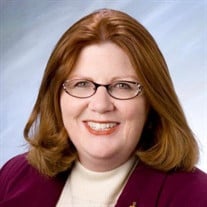 Margaret E. “Peg” Bivens, 66, of Knoxville, passed away at her home on December 9, 2020, 4:48 PM. Peg was born on February 19, 1954 in Galesburg. She was the daughter of Richard L. and Kathryn J. (Seward) Rainey. Peg married Jeffry A. Bivens on March 30, 1972 in Knoxville. Together they celebrated 48 years of marriage. Peg is survived by her loving husband, Jeff; her daughter, Tricia (Greg) Bivens-Stanley of Nashville; her mother, Kathryn of Knoxville; granddaughters, Aubree Bivens and Emilee Gilbert; great-granddaughters, Amaree Wallace and McKinlee Triplett; and her siblings, James K. (Mecca) Rainey of Quincy, Jon D. (Debbie) Rainey of Knoxville; Paul A. Rainey of Ankeny, Iowa, and Amy M. Rainey-Krantz of Peoria. She was preceded in death by her father, and infant sister, Rosemary. Peg was a former member of the First United Presbyterian Church of Knoxville and presently a member of Community Bible Church, Knoxville. She was the Valedictorian of her graduating class at Knoxville High in 1972. Peg started her career as an insurance agent in 1979, when she started her employment with Lacy-England Insurance Agency in 1979. She obtained her insurance license and became an agent in 1981. Peg became owner/operator of Lacy-England Insurance in 1997. She was still currently practicing. Peg received her CPCU designation in 1990, she was an active member of the Central Illinois Chapter of the Society of CPCU. Peg was an Alderman for the City of Knoxville from 1995-1999. She then went on to serve as the City Clerk from 1999-2009. Peg was currently serving as Knoxville’s City Treasurer. She has also served on the Knoxville Library Board, where she was treasurer in 1995. In 1995, she also served the Knoxville Plan Commission. She has been a member of the Chapter AM PEO Sisterhood since 1980, serving as President from 1998-2000. She joined the Board of Directors for the Knox County Historic Sites in 1991, she had served as President and was still a current member. Peg served as the Advertising Chair for the Knox County Scenic Drive from 199-2001; President for 2001 and 2002; and on the Knoxville Committee from 2001-2004. Peg was a Founder and member of the Board of Directors for the Knoxville Community Fund since 2015. Visitation will be from 10:00 AM – 7:00 PM, Tuesday, December 15, 2020 at Hurd Hendricks Funeral Homes and Crematory, Knoxville. Cremation rites will follow visitation. A private burial of cremated remains will be held at the Knoxville Cemetery. Hurd-Hendricks Funeral Homes and Crematory of Knoxville has been entrusted with arrangements. Memorials may be donated to the Knoxville Public Library or to the Knox County Historical Sites. Due to COVID-19 social distancing, face masks and attendance guidelines will be enforced. On-line condolences and expressions of sympathy may be made through www.hurd-hendricksfuneralhome.com To send flowers or a memorial gift to the family of Margaret "Peg" Bivens please visit our Sympathy Store.
To send flowers to the family in memory of Margaret "Peg" Bivens, please visit our flower store.