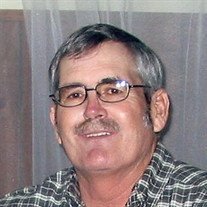 Joseph H. Hagerty, age 65, of Wataga, Illinois died at 7:05 A.M. on Monday, March 28, 2016 at Heartland Health Care Center in Galesburg, Illinois. He was born on January 24, 1951 at St. Mary’s Hospital in Galesburg, Illinois, the son of Joseph L. and Hazel E. Copeland Hagerty. He attended and graduated from ROVA High School. He married Theresa “Terry” Pecharich. Surviving is his wife Terry Hagerty of Wataga, Illinois; a daughter, Tanya (Scott) Billeter of Gilson, Illinois and a son Joel (Amanda) Hagerty of Abingdon, Illinois; Five grandchildren: Matt and Emma Billeter, and Braden, Bryson and Brennan Hagerty; a sister, Jean (Art) Utzinger of Oquawka, Illinois, and a brother Jim Hagerty of Oneida, Illinois, his twin sister, Joan (Jim) Whitney of Knoxville, Illinois; his mother-in-law: Millie (Wayne) Allen of Galesburg, Illinois; and nieces and nephews. He was preceded in death by his parents, one sister-in-law, Joyce Hagerty, and father-in-law, Joseph Pecharich. He was a parts and delivery salesman for Galesburg Auto and NAPA of Galesburg, Illinois for 22 years. He also loved to farm and did so throughout the years while working. He was of the Catholic Faith and he served in the United States Air Force. He was on the Wataga Village Board for 20 years. He was a member of the snowmobiling club. He was an avid Chicago Bears and Cubs fan. He enjoyed being with his grandkids. Funeral Mass will be held at 10:00 A.M. on Saturday, April 2, 2016 at St. Aloysius Catholic Church in Wataga, Illinois, with Father Deus-Dadit Byabato officiating. Visitation will be held from 4:00 P.M. to 7:00 P.M. with a rosary at 6:30 P.M. on Friday, April 1, 2016 at the Hurd-Hendricks Funeral Homes in Knoxville, Illinois. Burial will be at the Oneida Cemetery, Oneida, Illinois. In-lieu of flowers memorial contributions may be made to the family for a fund to be established at a later date. On-line condolences and sympathy cards may be sent through www.hurd-hendricksfuneralhome.com To send flowers or a memorial gift to the family of Joseph H Hagerty please visit our Sympathy Store.
To send flowers to the family in memory of Joseph H Hagerty, please visit our flower store.