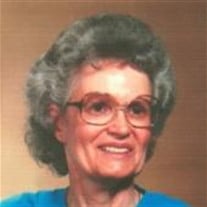 Joan Rose Howarter, 86, a long-time resident of Santa Maria, California, peacefully went to be with her Savior on a beautiful Saturday morning, April 28th, 2018. Joan Rose Lashbrook was born on January 5, 1932, in Rushville, Illinois to Blondelle Evelyn and George Kelly Lashbrook. She attended elementary, middle, and high school in Knoxville, Illinois. She met Wallace Howarter while attending high school, and the two high school sweethearts were married on August 21, 1955. Joan worked for… 30 years as a bookkeeper, including many years for the Los Padres Theater Company, owned by Bob and Diane Gran. Joan is survived by her husband of 63 years, Wallace, son David, daughter-in-law Debbie, and grandchildren Christina, Jonathan, Alyssa and Amy, and by her sister, Rosemary Schieferdecker, of Cambridge, Illinois. Throughout her brief illness, Mom never complained, but rather expressed thanks to those around her for spending time with her. It was a gift to spend time with such a kind, caring and selfless Mom, Grandma, and friend. Joan was proceeded in death by son Nathan Howarter in March of 1986, and mother Blondelle Evelyn Lashbrook in December, 1995. Funeral Services will be held at 11:00 A.M. on Thursday, May 10, 2018 at the Hurd-Hendricks Funeral Homes & Crematory in Knoxville, Illinois, Rev. John Knueppel officiating. Interment will be held at the Knoxville Cemetery, Knoxville, Illinois. To send flowers or a memorial gift to the family of Joan Rose Howarter please visit our Sympathy Store.
To send flowers to the family in memory of Joan Rose Howarter, please visit our flower store.