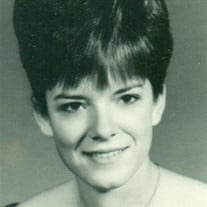 Jo Ann Miller, age 67, of Knoxville, Illinois died at 12:01 P.M. on Tuesday, August 23, 2016 at her home in Knoxville, Illinois. She was born on January 26, 1949 in Galesburg, Illinois the daughter of Harold Albert and Beatrice Elaine Randall Miller. She attended and graduated from Winslow High School in Winslow, Arizona in 1967. She married Joseph Childers on July 21, 1969 in Winslow, Arizona. For the past sixteen years she shared her life with Richard Klein. Surviving are two daughters: Jennifer Childers of Knoxville, Illinois and Patricia Schwartz of Buckeye, Arizona; one son, Joseph (Amy) Childers of San Diego, California; four grandchildren, Christopher Childers, Stephan Childers, Wendy Schwartz and Joseph Childers; and one great grandson, Ayden Childers; nieces, Christine Hernandez, Shelby Childers of Phoenix, Arizona, Jill Butler of Ridgecrest, California, Cammie Clarke of Mangnolia, Texas and Cassie Polley of San Diego, California and nephews, Edward Sanchez of Phoenix, Arizona and Michael Childers of Cabo, Mexico; also surviving is a sister, Susan Sanchez of Phoenix, Arizona. She was preceded in death by her parents. She worked as a Banker for Valley National Bank in Winslow, Arizona, Accounting Manager in Milwaukee, Wisconsin, and the Clerk for the City of Knoxville Water Department. She enjoyed her grandchildren, dogs, gardening and being on her computer. Graveside Funeral Services will be held at 1:00 PM. on Saturday, August 27, 2016 at the Knoxville Cemetery in Knoxville, Illinois. There will be no Visitation. Memorials May be made to the Family. Hurd-Hendricks Funeral Home in Knoxville, Illinois in charge of arrangements. On line condolences may be sent through www.hurd-hendricksfuneralhomes.com To send flowers or a memorial gift to the family of Jo Ann Miller please visit our Sympathy Store.
To send flowers to the family in memory of Jo Ann Miller, please visit our flower store.