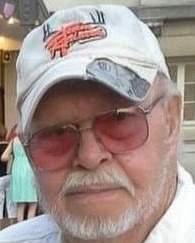 J.D. Elmore, age 88, of North Henderson, Illinois died on Thursday, September 1, 2022 at his home with family by his side.

He worked for Gunthers and Builder’s Supply Company and retiring after thirty-five years. Then, he worked for Mid-Illini construction as a concrete finisher. He enjoyed hunting, fishing, smoking his pipe, and concrete finishing. He loved to watch is grandkids and great grandkids play ball.

Celebration of Life will be held on Sunday. October 16, 2022 from 2:00 PM to 5:00 PM at the Knoxville American Legion, Knoxville, Illinois with military rites conducted by the Knox County Honor Guard. at 2:30 PM. Hurd-Hendricks Funeral Homes & Crematory in Knoxville, Illinois have been entrusted with is wishes. On-line condolences and/or expressions of sympathy may be sent through www.hurd-hendricksfuneralhome.com

To send flowers to the family in memory of J.D. Elmore, please visit our flower store.