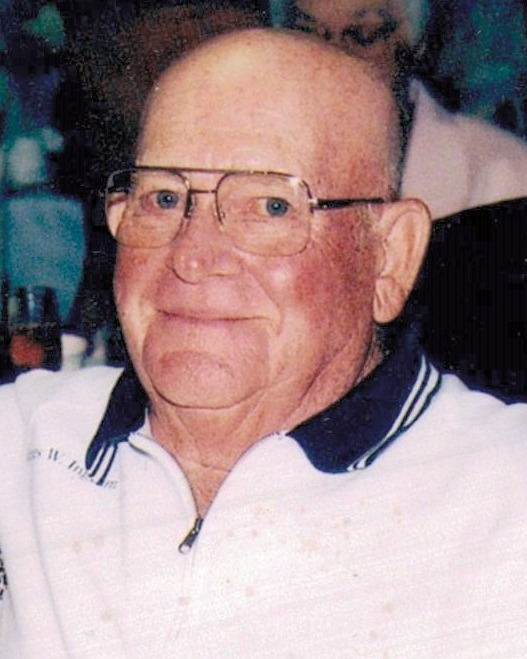 Jim was born on October 25, 1927 in Berwick. He was the son of Lewis V. and Mary Opal (Andrews) Ingram. He married Sherry Randall on March 16, 1958 at the Knoxville United Methodist Church, Knoxville. Together they celebrated 64 years of marriage. Jim is survived by his loving wife at home; sons, Gary Ingram of Galesburg, Douglas (Gina) Ingram of Knoxville and Michael (Bonita) Ingram of Hopedale; three grandchildren, seven great-grandchildren; and a sister Mary Francis Barton of Niles, Michigan. He was preceded in death by his parents, two sisters, two brothers and a grandson, Bradley.

Jim attended schools in Berwick, Abingdon, Peoria and Galesburg. He was a Veteran of the United States Navy, serving as a Seabee during World War II. Upon returning home, Jim worked as a carpenter, working with his father and later with Mast Builders of Galesburg, commercially in Peoria and even helped to build some of the houses in the Oak Run area. He was a member of the Harry Philbad American Legion Post #749. Jim was a wood worker extraordinaire, enjoyed golfing, outdoor sports, such as hunting, fishing and raising his beloved black and tan coon hounds.

Cremation rites have accorded. Graveside services will be held at 1 PM on Friday, November 4, 2022 at the Knoxville Cemetery, Knoxville. Deacon Michael Crummer will officiate. Military rites will be conducted at the graveside. Casual attire is preferred. Hurd-Hendricks Funeral Homes and Crematory, Knoxville are in charge of arrangements. In lieu of flowers, memorials may be directed to the Knox County Humane Society, OSF Hospice, or Oak Run First Responders.  On-line condolences and/or expressions of sympathy may be sent through www.hurd-hendricksfuneralhome.com

To send flowers to the family in memory of James Ingram, please visit our flower store.