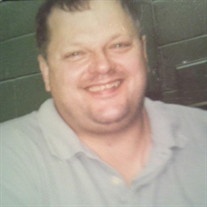 Irving Eugene “Bubba” Farley, 62, of Knoxville, Illinois, passed away at 9:21 P.M. Friday, August 24, 2018 at the OSF Saint Mary Medical Center in Galesburg, Illinois. Irv was born February 19, 1956 in Greenville, Mississippi, the son of Grover D. Farley and Audrey (Raih) Farley. He graduated from Galesburg High School with the Class of 1974. He married Peg Moore on July 29, 1976 in Galesburg. Irv worked for the Burlington Northern Santa Fe Railroad for over 33 years as a Locomotive Engineer. While with the railroad, he also served as a trainer for rules and safety procedures. Due to his exemplary work, the railroad awarded him to be employee of the year in his division in 1995. He was a proud member of the Brotherhood of Locomotive Engineers and Trainmen Union. He had a passion for classic cars, especially Ford Mustangs. He enjoyed woodworking, fixing houses, and solving crossword puzzles. He will be remembered as a wonderful storyteller and for his Dad jokes. Irv loved spending time with his family, especially fishing with his grandkids, and he adored his English Bulldog “Bella”. He is survived by his wife, Peg Farley of Knoxville, Illinois; children: Buck (Amy) Farley of Bloomington, Illinois, Kate (Larry) Potts of Bloomington, Illinois, Kelsey (Martin) Lloyd of Knoxville, Illinois, and Derek (Georgia) Bearce of Tremont, Illinois; 9 grandchildren: Quincy, Evan, Dylan, Adi, Caoilainn, Adelaide, Atticus, Padraig, and soon to be grandchild, Spencer Eugene; a great-granddaughter, Avianna; a brother, Bill Farley; 2 half-sisters: Candy Hanrahan and Karla Conner; and step-siblings: Randall Cook and Connie Monostero. He was preceded in death by his parents; step-father, Richard Cook; a sister, Lynn Farley; a half-sister, Robyn Cook; and a step-brother, Ricky Cook. Visitation will be held Thursday, August 30, 2018 from 5:00 P.M. to 7:00 P.M. at the Hurd-Hendricks Funeral Home in Knoxville, Illinois. The memorial service will be on Friday, August 31, 2018 at 10:30 A.M. at the Hurd-Hendricks Funeral Home. Rev. Doug Johnson will be officiating the service. Memorial contributions may be left to the family. To send flowers or a memorial gift to the family of Irving Eugene Farley please visit our Sympathy Store.
To send flowers to the family in memory of Irving Eugene Farley, please visit our flower store.