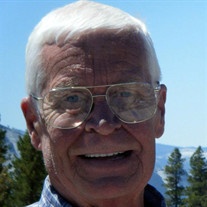 Howard Robert “Bob” Lundeen, age 75, passed away from complications related to Alzheimer’s disease on March 27, 2018. A celebration of Bob’s life was held on Bob’s birthday, April 3, at Overlook Farms in Huntingdon Valley, PA. A visitation will be held from 10:00-11:00 AM on Saturday, April 7th, at the Immanuel Lutheran Church in Altona, IL followed by a funeral at the church at 11:00 AM. The burial will occur at the Altona Cemetery immediately after the service, followed by a lunch provided by the church. In lieu of flowers, donations may be made to the Alzheimer’s Association, the Immanuel Lutheran Church, or the Ransom Memorial Public Library in Altona, IL. Hurd-Hendricks Funeral Homes & Crematory in Oneida, Illinois in charge of arrangements. On-line condolences or expressions of sympathy made be made through www.hurd-hendricksfuneralhome.com Bob is survived by his sons, Christopher Lundeen and his wife Cindy of Huntingdon Valley, PA and Dr. Gregory Lundeen and his wife Kim of Reno, NV; three grandchildren, Flynn, Bowen, and Kathryn Lundeen, his sister Lori Lundeen-Smith and her husband Ronald Smith, his niece Judy Crystal, his nephew Michael Lundeen and his wife Chery, his prior wife, Judy Lundeen Campen and prior sisters-in-law Jill Varns and Pat Miller Newell, as well as several cousins. Bob was preceded in death by his parents, Irving and Frances Lundeen and his brother, Harlan Lundeen. Bob was born on April 3, 1942 in Galesburg, Illinois. He grew up on his family’s farm, now Lundeen Farms, in rural Altona, IL, and was an active member of the Immanuel Lutheran Church, the Luther League, the Future Farmers of America, and the 4-H. Upon graduating from ROVA High School in Oneida, IL in 1960, he earned a degree in mechanical engineering from the University of Illinois at Urbana-Champaign. Bob’s first engineering position was at the Bendix Corporation in Davenport, Iowa working on projects supporting the NASA space missions. In 1973, Bob moved his family to Idaho Falls, ID to work at the Idaho National Engineering Laboratory (now INL) and he remained there for 38 years until he retired as a Project Manager. Bob’s meticulous work and ground-breaking concepts throughout his career resulted in patents from the U.S. Patent Office. Bob loved the NASA space program and its various missions; camping in the Teton Range of the Rocky Mountains; collecting coins; restoring his 1972 Pontiac Grandville Bonneville convertible; researching the history and Swedish genealogy of Altona, IL; supporting his beloved hometown Altona library; researching the history of Overlook Farms; and listening to music, particularly Willie Nelson; and most importantly, returning to Lundeen Farms, and “jabbering” with family and friends. To send flowers or a memorial gift to the family of Howard Robert "Bob" Lundeen please visit our Sympathy Store.
To send flowers to the family in memory of Howard Robert "Bob" Lundeen, please visit our flower store.