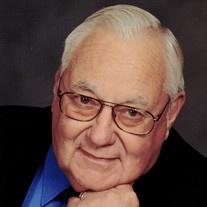 George Wilson Hurd, Jr., age 78, of Knoxville, died at 10:45 P.M. on Monday, July 16, 2018 at the Knox County Nursing Home in Knoxville. He was born on December 13, 1939 in Moline, the son of George Wilson and Leaveu Leona (Brown) Hurd, Sr. He married Marilyn K. Reihm on April 9, 1960 in Moline. She survives of Knoxville. He leaves behind his family: Geoffrey (Diana) Hurd of Knoxville, Gregory (Margaret) Hurd of Chillicothe, Randy (Paulette) Hurd of Washington; two daughters: Michelle (Keith “Opey”) Greene of Knoxville, Teresa (Troy) Riley of Washington, Missouri; eleven grandchildren: Megan (Traig) Hurd-Cheney of Peoria Heights, Amanda (Jarred) Beckman of Galesburg, Garrett (Samantha) Hurd of Springfield, Missouri, Betsy Hurd of Chillicothe, Boston (Allison) Jacobs of Bloomington, Justin and Samantha Hurd of Washington, Abigail and Teaguen Riley of Washington, Missouri, Sheowly and Karolina Hurd of Knoxville, and five step-grandchildren; three great-grandchildren: Olivia and Lorelei Cheney, Nova Jacobs and five step great-grandchildren; two brothers: John (Tommie) Hurd of Watertown, Wisconsin, J. Robert (Jon Collins) Hurd of East Moline, and one sister, Patty Haney Ward of Geneseo, other relatives and many friends. He was preceded in death by his father, George W. Hurd, Sr., and mother and step father, LeRoy and Leaveu Barber. George was raised and educated in East Moline and Silvis, attending McKinley School, D.B. Hoffman School in East Moline, and the Silvis McKinley School. He graduated from the United Township High School in East Moline in 1957. He then attended the Moline Community College, and finally the Worsham Mortuary College in Chicago, graduating in 1960 as a licensed funeral director. George was a member of the Delta Pi Epsilon Fraternity. While attending high school he worked for Schroder Mortuary in Silvis. During mortuary school, he worked for Kamps Mortuary in Chicago. After graduation he was employed by Trimble Funeral Home in Moline, Myers Funeral Home in Geneseo, Hurley Funeral Home in Havana, Daley Mortuary in Port Byron, Beck’s Memorial Home and Metzler Funeral Home in Bloomington, and Peterson-Wallin-Knox Funeral Home and Furniture Store in Woodhull and Alpha. He then went on to purchase the Vandemore Funeral Home in Atkinson and the Hendricks Funeral Home in Oneida in 1978, the Martin-Trumbold Funeral Home in Knoxville in 1979, changing the names to Hurd-Hendricks Funeral Homes, and the Root Funeral Home in Maquon in 1994. George was a member of the Knoxville United Methodist Church in Knoxville. He was also a member of the Pacific Masonic Lodge #66 A.F. & A.M. of Knoxville; the Knoxville Chapter #880, Order of the Eastern Star, where he served as Worthy Patron in 1989 and 1999; he was a life member of the Valley of Moline, Ancient and Accepted Scottish Rite. He helped organize the tri-county ambulance service in Henry, Mercer, and Knox Counties, involving four fire districts around Alpha, New Windsor, Woodhull, and Rio, serving as director and EMT. He was also a board member of the Oneida Cemetery Association, as well as a charter member of the Oak Run First Responders, organized in 1999, Carl Sandburg Mortuary Science Board, currently sexton of the Knoxville Cemetery and serving on the Endowment Trust Fund Board for the OES Home in Macon. He served his community as a licensed funeral director for fifty-seven years, always putting the families he served before his own. He cherished his family and enjoyed his “Lake House” for many years. He celebrated his fifty-eighth wedding anniversary in April of 2018. Visitation will be held on Friday, July 20, 2018 from 5:00 P.M. to 8:00 P.M. at the Hurd-Hendricks Funeral Home in Knoxville. Private Family Graveside Services will be held on Saturday, July 21, 2018. Interment will be at the Memorial Park Cemetery, Moline, Illinois. Memorials may be made to Knoxville First Responders or to the Friends of the Knox County Nursing Home. To send flowers or a memorial gift to the family of George Wilson Hurd Jr. please visit our Sympathy Store.
To send flowers to the family in memory of George Wilson Hurd Jr., please visit our flower store.