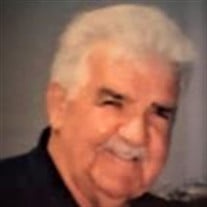 Gale Richard Swarts, age 81, of East Galesburg, Illinois died at 3:38 A.M. on Monday, June 6, 2022 at his home in East Galesburg, Illinois. He was born on January 27, 1941 in Moulton, Iowa, the son of Clell and Maurine (Dodge) Swarts. He attended and graduated from Ottumwa High School in 1959. He married Barbara Kay Palmer on November 21, 1959 in Ottumwa, Iowa. Surviving is his wife Barbara of East Galesburg, Illinois; three daughters: Debbie (Brett) Salter of Ottumwa, Iowa, Linda (Dave) Bissell of Agency, Iowa and Bobbi (Chris) Pio of Cedar Rapids, Iowa, (formerly of Galesburg, Illinois); one son, Tim (Julie) Bates of Albia; ten grandchildren: Ryan Johnson, Abby (Tyler) Selby, Ali Salter, Nathan (Maria) Bissell, Lauren Pio, Scot Pio, Eric Pio, Jake (Savannah) Bates, Jacquelyn Bates and Noah Bates and six great grandchildren. He was preceded in death by his parents, one grandson, Zachary Bates, and one sister, Dixie Mosher. He has an Engineer for the BNSF Railroad for thirty-six years, retiring in 2002 He was a member of the Brotherhood of Locomotive Engineers of Galesburg, Illinois. He enjoyed fishing, hunting, playing pitch and softball. He loved cars – any and all, and he had the cleanest cars in town! Family members would even wash their vehicles before coming to visit him. Cremation rites will be accorded. A celebration of life will be held at a later date. Memorial contributions may be made to the Ottumwa Little League, sent to Debbie at 427 South Pocahontas, Ottumwa, Iowa 52501. Hurd-Hendricks Funeral Homes & Crematory have been entrusted with his wishes. On-line condolences and/or expressions of sympathy may be sent through www.hurd-hendricksfuneralhome.com To send flowers or a memorial gift to the family of Gale Richard Swarts please visit our Sympathy Store.
To send flowers to the family in memory of Gale Richard Swarts, please visit our flower store.