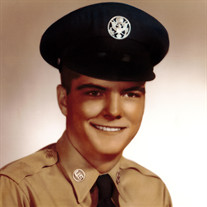 Edwin R. Marquith, age 81, of Galesburg, Illinois died at 11:10 P.M. on Friday, August 3, 2018 at the OSF Saint Mary Medical Center in Galesburg. Ed was born on January 25, 1937 in Galesburg, the son of Edwin M. and Elizabeth A. (Wallick) Marquith. He married Nancy Nelson, then he married Barbara (Church) Leaf on September 1, 1984 in East Galesburg, Illinois. Surviving is his wife, Barbara Marquith of Galesburg; three sons: Tod (Judith) Marquith of Barrington, Illinois, Troy (Kristie) Marquith of Galesburg, and David Leaf of Keithsburg, Illinois; four grandchildren: Cortney (Bob) Groeper, Mackinsey (Dave) Milroy; Wrigley (Marissa Tolbert) Marquith and Cody Marquith; two great grandchildren: Laney and Hazen; one sister, Sally Ann Benedict of Knoxville; and many cousins, nieces, and nephews. He was preceded in death by his parents and one brother, Bob. He was a Product Supervisor for Die Casting for the former Gale Products and West Irving, where he retired. He enjoyed playing competitive golf and playing in pitch tournaments. He served in the United States Air Force from March 4, 1955 to December 19, 1958, working as an airplane mechanic. Graveside services will be held at 11:00 A.M. on Thursday, August 9, 2018 at the Knoxville Cemetery, Knoxville, Illinois. Family and friends are invited to attended the fellowship immediately following the services at the First United Methodist Church in Knoxville. Interment will be at the Knoxville Cemetery, Knoxville, Illinois. Memorials may be made to the American Cancer Society and Saint Jude Children's Research Hospital. To send flowers or a memorial gift to the family of Edwin Ray Marquith please visit our Sympathy Store.
To send flowers to the family in memory of Edwin Ray Marquith, please visit our flower store.