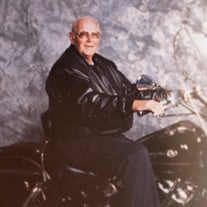 Donald Wayne Howe, 85, of Knoxville, passed away Friday, May 5, 2017 at 11:55 P.M. at the Knox County Nursing Home in Knoxville, Illinois. Donald was born December 29, 1931 in the family farm house in rural Bushnell, Illinois the son of Grafton and Irma (Dutton) Howe. In 1952 he enlisted with The United States Airforce and was honorably discharged in 1956. Shortly after basic training he married Delores Darlene Black in Fort Worth, Texas on April 10, 1952. After serving in the Airforce he began working as a carpenter and later transitioned into servicing and installing doors. He then purchased the business which is known today as Howe Overhead Doors Inc. While owning and operating his business, Donald also served the Knoxville community for 30 years as a member of the Knoxville Police Department, many of which he served as Chief of Police. Donald was a man that never knew a stranger. He loved life and had many pastimes and interests to keep him busy. He enjoyed boating, flying, riding motorcycles, and driving cars. He was a member of various car and motorcycle clubs. He was also a member of the Illinois Police Association and the Knoxville United Methodist Church. He is survived by his loving wife, Darlene Howe of Knoxville, 2 children, Scott (Vicki) Howe of Galesburg, Amy (Jack) Toal of Monmouth, 8 grandchildren, Travis (Amber) Howe of Knoxville, Jamie (Tom) Dunker of Knoxville, Jenni (Michael) McGruder of Galesburg, Jessicah (Mitch) Toal-Wright of Schererville, Indiana, Alec Toal of Monmouth, Jared Toal of Monmouth, Ashton Toal of Monmouth, Jace Toal of Monmouth, 8 great-grandchildren, 3 brothers, Gerald Howe, Lyle Howe, and Leland Howe. He was preceded in death by his parents, Grafton and Irma Howe, and 1 sister, Mary Lelona Dodson. A celebration of life fellowship will take place at the Hurd-Hendricks Fellowship Center in Knoxville on Saturday, May 13, 2017 from 4:00 P.M. to 6:00 P.M. Interment will take place at a later date at the Avon Cemetery. Memorial contributions can be left to the Knoxville United Methodist Church or to the 1st Street Armoury of Monmouth. Online condolences can be made at www.hurd-hendricksfuneralhome.com To send flowers or a memorial gift to the family of Donald Wayne Howe please visit our Sympathy Store.
To send flowers to the family in memory of Donald Wayne Howe, please visit our flower store.