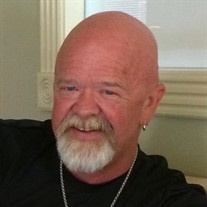 **** DAVID WAS VERY INVOLVED IN MISSION WORK AND INSTEAD OF FLOWERS HE WOULD APPRECIATE DONATIONS IN THE FORM OF A CHECK TO: THE GALESBURG RESCUE MISSION P.O. BOX 591 GALESBURG, IL 61402-0591 ****** David N. McCrery III, 59, devoted husband of Katherine M. McCrery died peacefully in his sleep on February 19, 2017. Dave was survived by his wife Katherine, married in 1979, parents David N. McCrery Jr. and Judith (Purlee) McCrery, two children Evelyn J. Thomas (Zachery T. Thomas) and Neil McCrery IV (Jenna L. McCrery), and two brothers Robert McCrery (Grace McCrery) and Mark P. McCrery. He was "Pappy" to four grandchildren David N. McCrery V, Emery J. Thomas, Zoey L. McCrery, and Anna M. Thomas. He grew up in Monmouth, IL. Before attending college, David worked as a deputy sheriff, salesman, hospital security man, farm hand, and a Monmouth Airport lineboy. He worked for Savoy Grain Co. and later went on to own and operate his own grain company in Avon, IL with his brother Rob. He also worked as a district salesman for Ralston Purina and a lobbyist for the Illinois Water and Soil Conservation Association. Dave and his wife Kathy, loved adventure and moved frequently, residing in Galesburg, Aledo, Naperville, and Springfield, Illinois as well as Denver, Co and Kansas City, MO. Dave was a devoted husband and father who's love for the Lord and his family allowed him to serve his community in many ways. He enjoyed mission trips to the Yucatan Peninsula. He served as youth group leader for many years. He also had a love for education. He graduated high school from Monmouth High. He attended Monmouth College and graduated from the University of Illinois in 1979 with a BS in Agricultural Economics. In 1993, David earned a Law degree from Southern Illinois University. He moved back to Knox County to better serve his community and raise his children. Later, he attended Seminary School in Dubuque, IA before working for BNSF Railroad as a conductor, road foreman, instructor, and engineer. He was a true mentor, always encouraging his children to chase their dreams and not let anything get in your way. Dave loved a good argument, traveling, hunting, flying, boating, but most especially, loved his family and friends. He was a man of the moment and adventure and if asked, he would smile and tell you, "I am a pirate and that's what pirates do." Dave will be truly missed by his family and friends while his many accomplishments and mentorship will live on through his children and grandchildren. Dave's life will be celebrated on Sunday, February 26, 2017 from 3 to 5 PM at PZ's Restaurant at 2320 Grand Avenue in Galesburg, Illinois. Private burial services will be held at Cedar Creek Cemetery. Donations in lieu of flowers can be made to the Galesburg Rescue Mission at 435 E. 3rd Street in Galesburg, Illinois. Hurd-Hendricks Funeral Homes and Crematory in Knoxville are in charge of arrangements. On-line condolences may be made at http://www.hurd-hendricksfuneralhome.com. May the peace of God and love of God that surpasses all understanding dwell in your hearts forever and ever. Amen. To send flowers or a memorial gift to the family of David N. McCrery III please visit our Sympathy Store.
To send flowers to the family in memory of David N. McCrery III, please visit our flower store.