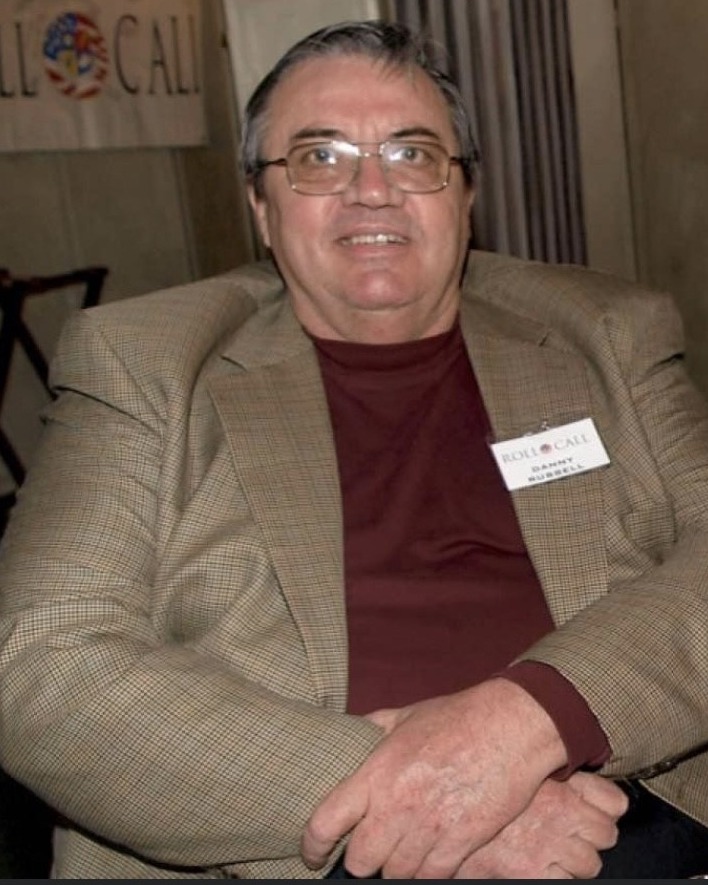 Danny was born on October 8, 1947 in Galesburg. He was the son of Donald E. and Lillian (Tracy) Russell. Danny married Connie Anthony in Woodhull on June 10, 1972. Danny is survived by his children, Steve (Colleen Gunier) Russell and Sarah (Matthew) Walker; siblings, Ginger (Don) McCormick and Joanie (Jerry) Pruett; and six grandchildren. He was preceded in death by his parents.

Danny attended ROVA and Alwood schools, where he was a member of FFA. During his growing up years, he described himself as a “hell of an athlete and a so-so student.”  He also attended Blackhawk Jr. College.

Danny was proud to be a father of two, grandfather of six, brother to two sisters, a friend to many, and a Veteran to his country. Recently, you would find Danny relishing in the stories of his six grandchildren. He was so proud to be their Grandpa. His other passion was to share stories about his time in the service. His stories will never be forgotten, as he captivated those he shared them with, all over the country. Danny was loved and respected by so many. His family will never forget how much he meant to them and will continue to carry on the legacy that he built.

Cremation rites have accorded. Visitation will be from 11 AM – 12 PM on Saturday, October 29, 2022 at Peterson-Wallin-Knox Funeral Homes, 525 Division Street, Woodhull, IL 61490. Memorial service will follow visitation at Noon. Rev. Jeff Uddin will officiate.  Hurd-Hendricks Funeral Homes and Crematory, Knoxville are in charge of arrangements. Memorials may be made to VFW, Woodhull Post 2579.   On-line condolences and/or expressions of sympathy may be sent through www.hurd-hendricksfuneralhome.com

To send flowers to the family in memory of Danny E. Russell, please visit our flower store.