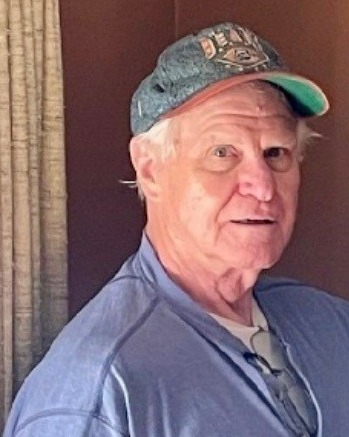 Dan was born on February 14, 1950 in Streator, Illinois. He was the son of Dean and Evie (Keith) Stogdill. He married the love of his life, Joyce Malone on May 27, 1972 at the Knoxville Christian Church. Together they celebrated 47 years of marriage before she preceded him in death on September 8, 2019. Dan is survived by his children, Rebecca “Becky” (Gary) Conner and Lance Stogdill, both of Knoxville; sister with whom he shared a special bond, Connie (Tommy) Beck of Memphis; three grandchildren, Bailey Conner of Rio, Joshua Conner and Deseree Conner, both of Knoxville; special nephew, Jeff and Lance’s group of friends who he loved as his own. He was preceded in death by his parents; wife, Joyce; and his special mother-in-law, Helen Malone.

Dan was a graduate of Knoxville High School, where he excelled in many sports especially basketball. After school, he enlisted in the Army and was a veteran of the Army Reserves, where he was a decorated Staff Sergeant and completed Quartermaster training. He tried out as a pitcher for the St. Louis Cardinals as a walk-on tryout. He was an avid St. Louis Cardinals and Chicago Bears fan. He enjoyed playing golf, woodworking and watching motorsports, especially the drag racing. He was one of Elvis’ “Number One Fans” and enjoyed listening to his music, especially his gospel albums. Dan was a devoted Christian, who was continuously studying his bible. He was on his 9th time of reading his bible at his passing. He loved his friends and was a member of the Thursday McDonald’s Coffee Crew. Most importantly, Dan loved his family, especially his children and grandchildren.

Visitation will be from 2:00 – 4:00 PM, Sunday, January 22, 2023 at Hurd-Hendricks Funeral Homes and Crematory, Knoxville. Hurd-Hendricks Funeral Homes and Crematory, Knoxville have been entrusted with arrangements. Memorials may be donated  to the Knoxville Fire Department or to G.H.A.S. (Galesburg Hospital and Ambulance Services).  On-line condolences and/or expressions of sympathy may be sent through www.hurd-hendricksfuneralhome.com

To send flowers to the family in memory of Dan Stogdill, please visit our flower store.