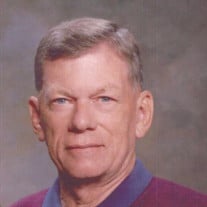 Dale T. Hatch, age 89, of Knoxville, Illinois died at 8:30 A.M. on Saturday, April 9, 2022 at the Knox County Nursing Home in Knoxville, Illinois. Dale was born on August 24, 1932 in Galesburg, Illinois the son of Harry and Wreatha (Craig) Hatch, Sr. He attended ROVA High School, graduating in the class of 1950. He was active in high school, participating in track, football, senior class play, and was Master of Ceremonies at the Senior Class Night and School Awards Programs. He married Carol Sue Frampton in 1957, then he married Janice (Searl) Tutwiler on January 18, 1979 in Galesburg, Illinois. Surviving is his wife, Janice Hatch of Knoxville, Illinois; one son, Craig (Robin) Hatch of Oneida, Illinois; two step-daughters: Kristine (Mike) Hickerson of Alexis, Illinois and Jennifer (John) Hays of Byron, Illinois; eight grandchildren and eleven great-grandchildren; several nieces and nephews. He was preceded in death by his parents, one daughter, Laura Hatch, one step-granddaughter, Megan Hickerson; one brother, Harry Hatch, Jr.; two sisters, Eileen Nichols and Shirley Adams. He joined the United States Air Force in February 1952 at Lackland AFB in San Antonia, Texas, then to Kelly AFB, to train as a Flight Traffic Specialist, then Westover AFB in Massachusetts. In June of 1953 he was assigned to Greenland at Thule AFB. Having endured service north of the Arctic Circle, he was given the status of “Brother Blue Nose” and from the Arctic Order: “Knights of The Blue Nose”. In June of 1954 he as was re-assigned back to the States, to Travis AFB in California until his discharge. He was fond of his memories in the Air Force, seeing parts of the world he may never have otherwise had an opportunity of visit. After his service, he was hired into the Traffic Dept. of Midwest Mfg. Co. in Galesburg, Illinois, which over the years became, Admiral Corp. Rockwell, Maytag, and lastly Whirlpool, a 36-year career in shipping, retiring as Traffic Manager. He was a fan of the White Sox, Chicago Bears, and Illini. Dale enjoyed traveling, using his vacation time to travel all over the United States and visiting family during his trips was a highlight of the journey. He was a member of the United Presbyterian Church in Galesburg, Illinois. Visitation will be held from 5:00 PM to 7:00 PM on Wednesday, April 13, 2022 at the Hurd-Hendricks Funeral Homes & Crematory in Knoxville, Illinois. Graveside services will be held at 10:00 A.M. on Thursday, April 14, 2022 at Memorial Park Cemetery in Galesburg, Illinois, with Military Rites conducted by the Knox County Honor Guard. Memorials may be made to the United Presbyterian Church or Hospice Compassus. On-line condolences and/or expressions of sympathy may be sent through www.hurd-hendricksfuneralhome.com To send flowers or a memorial gift to the family of Dale T. Hatch please visit our Sympathy Store.
To send flowers to the family in memory of Dale T. Hatch, please visit our flower store.