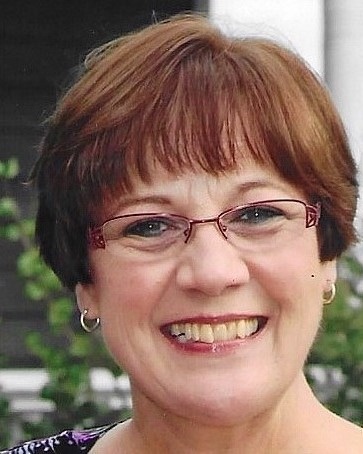 Colleen was born on January 21, 1953 in Kewanee. She was the daughter of Donald James, Sr. and Beverly Louise (Boyd) Kane. She married Robert G. “Bob” Dugan on July 6, 1999 in Las Vegas, Nevada. Together, they celebrated 20 years of marriage. He preceded her in death on June 27, 2020. Colleen is survived by her sons, Greg (Diana) Ruetz of Knoxville and Shannon Ruetz of Galesburg; step-son, Brent Dugan of Galesburg; siblings, Nancy (Dan) Westervelt of Fairport, NY and Daniel Kane of Pittsford, NY; grandchildren, Makayla Huff, Brayden Ruetz, Ashtyn Ruetz, Tyler Dugan, Luke Dugan and Jake Dugan; and several nieces and nephews. She was preceded in death by her husband, parents and siblings Donald Kane, Jr. and Kathi Waldorf.

Colleen attended schools in Sheffield and Canton. She was a graduate of Canton High School. She was raised in the Catholic faith. Colleen was a pharmacy tech, working for Turner’s Prescription Center until their closing. She then went on to work at Walgreens until her retirement in 2018. Colleen was an avid Chicago Cubs fan. She was proud of her Irish heritage. She enjoyed watching Hallmark movies, sitting on her porch, spending time with her friends and family. Most of all, she enjoyed attending the many sporting events of her grandchildren.

Cremation rites have accorded. Visitation will be from 1:00 – 2:30 PM, Sunday, September 25, 2022 at Hurd-Hendricks Funeral Homes and Crematory, Knoxville. Memorial services will follow the visitation at 2:30 PM at the funeral home. Reverend Jordan Knight will officiate. Hurd-Hendricks Funeral Homes and Crematory, Knoxville are in charge of arrangements. In lieu of flowers, memorials may be donated to Knoxville Athletics and Hawthorne Assisted Living. On-line condolences and/or expressions of sympathy may be sent through www.hurd-hendricksfuneralhome.com

To send flowers to the family in memory of Colleen Dugan, please visit our flower store.