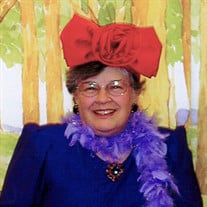 Mrs. Carolyn M. (Steck) Totten-Clark, age 80, of Hartland, Wisconsin, formerly of Galesburg, Illinois, passed away on Thursday, December 13, 2018 after a short stay at Angels Grace Hospice in Oconomowoc, Wisconsin. Carolyn was a loving mother to her six children, a devoted wife to her husband, and a loyal friend to many. She was born in Galesburg, Illinois on October 11, 1938 to Helen M. (Schwartz) Steck-Palmrose and Leslie O. (Bennie) Steck. She went to school in Knoxville, Illinois. She married Clarence A. Clark on December 28, 1984 at the First Christian Church in Galesburg, Illinois in the presence of their six children. Carolyn was a stay at home mother for twenty years raising her four children before marrying Clarence. After marrying Clarence, she and Clarence moved forward as the parents of six children establishing one family from two. Carolyn worked at Galesburg Cottage Hospital in the radiology department where she worked for twenty-one years before retiring. She was an active member of the Galesburg Chapter of Red Hat Society for fifteen years, was a band parent at Lombard Junior High and for the Galesburg Senior High School band, she was an active member of Parents Without Partners, she was an active Girl Scout Leader, a member of the Galesburg Camping Club and the TAB Camping Club. Carolyn and Clarence were owners of two rescued Maltese which were removed from an Illinois puppy mill. Trixie and Pixie will also be laid to rest with Clarence and Carolyn at the time of their interment. While living in Galesburg she was an active member of the Wataga Christian Church. Prior to leaving Galesburg she resided at the Woodridge Assistive Living Center. In 2018 she moved to Hartland, Wisconsin to be closer to her daughter, Joanna, and resided at Matthews of Hartland, Wisconsin. Carolyn was preceded in death by her parents, Mr. Leslie Steck, Mrs. Helen (Steck) Palmrose, and her step-father, Mr. Carl Palmrose; her sister, Mrs. Janet Martin; her brother-in-law, Mr. Charles Martin; all of Galesburg, Illinois; and her sister, Ms. Marlee Sodt of Stockton, Illinois. Carolyn is survived by her husband of thirty-one years, Clarence Clark, who currently resided in the Chillicothe Nursing Home in Chillicothe, Illinois; her daughter, Janlyn (Totten) Vargas-Blin (daughter) and her husband Rick (retired Navy) of Virginia Beach, Virginia; son Michael Clark and his wife Amy of Chillicothe, Illinois; daughter Joanna (Totten) Sherfinski and her husband Rand Sherfinski of Hartland, Wisconsin; son Lee Totten (retired Navy) and his wife Beth of Chesapeake, Virginia; son Thomas Clark and his wife Julie of Ashtabula, Ohio; and Alice (Totten) Caslin of Chestnut, Illinois. She is also survived by her brother-in-law, Ted Sodt of Stockton, Illinois; sister and brother-in-law, Carolyn and Maurie Hines of Linn Creek, Missouri; and sister-in-law Teresa Clark of Peoria, Illinois. Carolyn has eighteen beautiful grandchildren and six sweet great-grandchildren to carry on her legacy of love and life. Carolyn has requested that any memorials be given in honor to the Wounded Warrior Project at https://www.woundedwarriorproject.org/ and Angels Grace Hospice, N74 W35908 Servents Way (Hgh P), Oconomowoc, Wisconsin 53066. The family wishes to extend their sincere thanks to the staff at Matthews of Hartland, Wisconsin, especially Mr. Ben Stircker, who fulfilled Carolyn’s dream of getting a palm tree tattoo for her 80th birthday. Mr. Sticker actually got the tattoo himself in honor of Carolyn, and had her initials (CC) placed by the tattoo on his leg, Ms. Nellie Uymas, Ms. Stacey Jones, and Ms. Kelly Mathieu, the staff at Angels Grace Hospice in Oconomowoc, Wisconsin, Dr. A.S. Gill of Mukwonago, Wisconsin, Dr. Michael Uy of Hartland and the ProHealth Waukesha Memorial Hospital Emergency Department and ICU Care of Waukesha, Wisconsin. A special thanks from the family is also extended to all who came to visit their mother and take time to make phone calls during her last days. Time, love, and care are the greatest gifts a person can give to another and it is with the sincerest thoughts of gratitude the family provides their thanks to each of you for this great kindness to the most valuable asset in their life, their mother. Red Hatters Motto: LOVE, LAUGH, AND BE HAPPY… Graveside memorial services for both Clarence and Carolyn will be held at 11:00 A.M. on Saturday, May 4, 2019 at the Knoxville Cemetery in Knoxville, Illinois. A Celebration of Life will begin at 12:00 P.M. on Saturday, May 4, 2019 at the Knoxville United Methodist Church in Knoxville. To send flowers or a memorial gift to the family of Carolyn M. (Steck) Totten-Clark please visit our Sympathy Store.
To send flowers to the family in memory of Carolyn M. (Steck) Totten-Clark, please visit our flower store.