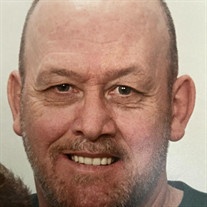 Carl A. Malcom, Sr., 74, of Knoxville, passed away on Saturday, February 13, 2021, 8:30 PM, at OSF Richard Owens Hospice Home, with his family at his side. Carl was born November 27, 1946 in Galesburg. He was the son of John H. and Betty J. (Cohenour) Malcolm. Carl met Robbie L. Plue by happenstance, after a whirl wind romance, they married on May 17, 1969. Together they built a life and celebrated 51 years of marriage. Carl is survived by his wife, Robbie of Knoxville; his children, Tresha (Scott) Faull of Gilson and C.J. (Lisa) Malcolm of Knoxville; his eight grandchildren, Brittany, Brianna, Heather, Haley (Matt) Kaser, Cheyenne, Tyler and Trystan; and his two great-grandchildren Raylen and Jaxon. Carl was preceded in death by his parents; twin sister, Carol; and four brothers. Carl attended Galesburg Schools. He was a veteran of the United States Army. While in the Army, he was a CO’s driver and attended flight school while stationed in Germany. He also was able to see Elvis Presley in person. After the Army, Carl worked at OMC Gale Products as an inspector for 18 years, then he attended Bettendorf College where he obtained his CDL. Carl drove a truck for Illini and Inness Farms until his retirement in 1999. He was also an officer and union rep for the National Union. A “Jack of All Trades,” Carl was a carpenter and cabinet maker, he loved to fix things. He was also an avid hunter. He enjoyed bow and shotgun hunting. Carl was a strong, kind-hearted and generous man. He was always helpful, and made friends easily. He never knew a stranger. He was quick with a joke and being ornery. Visitation will be Thursday, February 25, 2021 from 4-6 PM, at the Community Bible Church, 1369 Knox Hwy 8, Knoxville, IL 61448. Funeral services will be 10 AM, Friday, February 26, 2021 at Community Bible Church. Burial will follow services at the Knoxville Cemetery. Military rites will be conducted at the graveside. A celebration of life will follow the graveside service Friday, February 26, 2021, from 12-2 PM at the Harry Philblad Post #749 American Legion, Knoxville. Hurd-Hendricks Funeral Homes and Crematory, Knoxville has been entrusted with arrangements. Due to COVID-19, face masks, social distancing and some attendance guidelines will be required. Memorials may be made to the OSF Richard Owens Hospice Home, Wounded Warriors Campaign, or to the VNA Services. On-line condolences and/or expressions of sympathy may be sent through www.hurd-hendricksfuneralhome.com. To send flowers or a memorial gift to the family of Carl A. Malcolm Sr. please visit our Sympathy Store.
To send flowers to the family in memory of Carl A. Malcolm Sr., please visit our flower store.