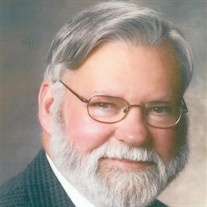 C. Joe Goff, age 76, was born July 1, 1940 in Galesburg, IL, the youngest of three sons of Harold and Harriet VanHuffel Goff, who were tenant farming south of Alpha in Henry County at the time. He was the grandson of Charles Levi “Pet” (Emma Christine Moline) Goff and Joseph (Ida Moore) VanHuffel. Joe’s parents moved to Oneida for one year and his first memory was of the Bailey farm on the Yates City blacktop, where he lived until age 4. Harold and Harriet moved to what became known as the ‘home place’ on Rt. 150 in 1946, and Joe celebrated his sixth birthday under the big oak tree in the front yard. In the early years Joe walked south to the end of the road daily to attend Maple Grove School until the consolidation, which in the third through seventh grade put him at Gilson Grade School. Joe graduate Knoxville High School in 1958. During and after high school, Joe worked with his father and oldest brother, Gene, at Goff Standard Station on Main St. in Knoxville. He then worked awhile at Midwest Manufacturing in Galesburg. Then Joe started to work for IDOT in 1971 and stayed 30 years, retiring in 2001. Joe would come home from his “town job”, take a 30 minute break, then get down to the farm. Joe was connected to farming. He farmed his entire young and adult life. Joe felt connected to the land, Knox County, and the area people that he had known throughout his life. In about 1963, Joe went to visit his older brother, Gary, who was stationed at Ft Knox, KY. During that visit, he was introduced to a Kentucky girl named Mary Ann Tobin. Joe then served in the US Army from 1964-1966. As fortune would have it, Joe completed basic training at Fort Knox, where Gary was still stationed. While in Kentucky, he rekindled the friendship that had been born a year earlier with Mary Ann. Joe was then deployed to Korea, where he served honorably, met people who influenced the rest of his life, and maintained communications with Mary Ann. Joe proposed, and the two were married on October 1, 1966 in Shively, KY. Joe and Ann were married for 39 years until Ann’s death in 2006. Joe is survived by two children, Becky (Louis) Kreppert of Aurora, IL and Chuck (Beth Peters) Goff of Woodridge, IL; two grandchildren Rachel Kreppert and Lacie Goff; one sister-in-law Mary Goff of Cox’s Creek, KY; one brother-in-law Joe Gene Carrico of Bardstown, KY; four nieces Karalee (Brian) Gross, Allison (Brian) Clements, Lisa (Gary) Dunlap and Kelley (Chad) Welch, all of Kentucky; he was preceded in death by his wife, his parents, two brothers Gene (late Betty) Goff and Gary Goff and one sister-in-law Margaret Carrico. Joe was community minded. He was involved with the Jaycees as a young adult. He was a strong and active member of the Republican Party. Joe joined the Pacific Lodge #66 in 1963, was a 50+ year member and had served as past master and was currently serving as treasurer; He was a lifetime member and treasurer of Illinois Council #1; lifetime member of The Royal Arch, Warren Chapter #30; member of Scottish Rite Valley of Peoria and Mohammed Shrine; and life member and past commander of American Legion Post #749 where Joe could usually be found taking the money on fish fry Fridays. Joe was a lifelong member of the First Christian Church, Disciples of Christ in Knoxville where he was baptized and raised. Visitation will be held from 4:00 P.M. to 8:00 P.M. on Friday, March 31, 2017 at the Hurd-Hendricks Funeral Homes & Crematory in Knoxville, Illinois with Masonic Services conducted at 7:30 P.M. by Knoxville Masonic Pacific Lodge AF& AM #66. Funeral Services will be held at 10:00 A.M. on Saturday, April 1, 2017 at the First Christian Church, Disciples of Christ in Knoxville, Illinois, with the Rev. David Shreeves officiating. Interment will be in the Knoxville Cemetery in Knoxville, Illinois with Military Rites. Memorials may be made to the Masonic Pacific Lodge AF & AM #66 or to the Appleton Fire Department. On-line condolences may be made at www.hurd-hendricksfuneralhome.com To send flowers or a memorial gift to the family of C. Joe Goff please visit our Sympathy Store.
To send flowers to the family in memory of C. Joe Goff, please visit our flower store.