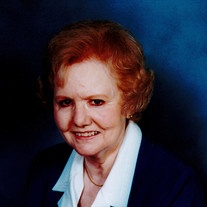 Blanche L. (Downard) Silman, age 84 of Knoxville, IL formerly of Galesburg, IL died at 9:05 PM on May 10, 2018 at the Knox County Nursing Home in Knoxville, Illinois. She was born on May 21, 1933 in Galesburg, IL. She was the daughter of Glenn and Luella (Craig) Downard, both deceased. She married Robert Cecil in 1952 in Knoxville, IL. She later married William Fengel in 1971 and he was deceased in 1996. She later married Robert Silman in Quincy, IL in 1999. Surviving are two daughters, Vicki (and Jim) Goff of Galesburg, IL, and Jacqueline (and Bill) Ryder, Minneapolis, MN. She is also survived by two grandchildren: Clinton Goff of Mesa, AZ and Pamela Goff of St. Louis, MO; two sisters, Edna (and Raymond) Karrick, Williamsfield, IL and Glenda (and Jerry) Haneghan, Galesburg, IL; and many nieces and nephews. She was preceded in death by her parents; and a brother, Robert Downard. She graduated from Knoxville High School in 1951 and lived in the area until 1973, when she moved to Quincy, IL and lived there for 27 years. She moved back to Galesburg in 2001. She was employed in Quincy as office manager of Quincy Video Service for 25 years. She worked at Sandburg Mall in Galesburg in Customer Service for 8 years when she retired. She was a volunteer at Galesburg Cottage Hospital for many years. The family wish to express their gratitude to the staff of the Knox County Nursing Home for their compassionate care. Memorial Services will be held on Tuesday, May 29, 2018 at 11:00 AM at the Knoxville United Methodist Church in Knoxville, IL with Rev. John Knueppel officiating. Visitation will be held at 10:00 AM until time of services on Tuesday, May 29, 2018 at the Knoxville United Methodist Church in Knoxville, IL. The family will host a reception at the church following the services. Memorial contributions may be made to the Knoxville United Methodist Church or the Knox County Nursing Home. To send flowers or a memorial gift to the family of Blanche L. Silman please visit our Sympathy Store.
To send flowers to the family in memory of Blanche L. Silman, please visit our flower store.