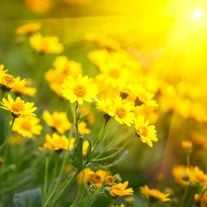 Betty R. Rucker, 91, of rural Gilson, Illinois died at 9:20 P.M. on Friday, June 2, 2017 at her Home in rural Gilson, Illinois. Betty was born on November 28, 1925 in Dahinda, Illinois the daughter of Ray and Hazel Hodges West. She attended Frog Pond School and Williamsfield High School, graduating in 1943. She married Kenneth Rucker on May 22, 1946 in Galesburg, Illinois. He preceded her in death on November 16, 1980. Surviving is a daughter, Kay Rucker of rural Gilson, Illinois; five grandchildren: Mark (Elizabeth) Baker of Galesburg, Illinois, Amanda (Eric) Bank of Galesburg, Illinois, Kathy (Scott) Zaidman of Marshalltown, Iowa, Shelly (Rob) Burns of Peoria, Illinois, and Stacey Rucker of Galesburg, Illinois; six great grandchildren: Kenneth Baker of Galesburg, Illinois, Sencerae Baker of Marshalltown, Iowa, Garrett Allard of Marshalltown, Iowa, Lauren Burns of Peoria, Illinois, Logan Burns of Peoria, Illinois, and Brielle Bank of Galesburg, Illinois; one great-great granddaughter: Baylee Baker. She was preceded in death by her parents, husband, son, Dale, daughter, Joan McClanahan, four brothers, Cecil, Willis, Merrill, and Merl. She began working at a Mechanic’s Shop on Chambers Street in Galesburg, Illinois then worked for the Knox County Farm Bureau for many years. She spent most of her married life as a mother and farmer’s wife. She enjoyed spending time with her family, gardening, canning, mowing and helping her husband Kenneth with the farm work. Visitation will be held from 6:00 to 7:00 P.M. on Wednesday, June 7, 2017 at the Hurd-Hendricks Funeral Homes & Crematory in Knoxville, Illinois. Funeral Services will be held at 2:00 P.M. on Thursday, June 8, 2017 at the Hurd-Hendricks Funeral Homes & Crematory in Knoxville, Illinois. Burial will be in the Maquon Cemetery, Maquon, Illinois. Memorials may be made to OSF Hospice or the American Heart Association. On-line condolences or expressions of sympathy may be sent through www.hurd-hendricksfuneralhome.com To send flowers or a memorial gift to the family of Betty R. Rucker please visit our Sympathy Store.
To send flowers to the family in memory of Betty R. Rucker, please visit our flower store.