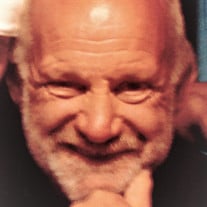 William G. “Heimer” Heimer, age 77, of Knoxville, Illinois died on Tuesday, December 24, 2018 at Marigold Health Care Center in Galesburg, Illinois. He was born on June 10, 1941 in Kewanee, Illinois, the son of Glenn and Gladys Lindquist Heimer. He was raised and educated in the Abingdon area, graduating from the Abingdon High School in 1959. He married Barbara J. Saline on June 23, 1979 in Knoxville, Illinois. Surviving is his wife, Barbara Heimer of Knoxville, Illinois; his children: Tim (Pam) Heimer of Peoria Heights, Illinois, Terri (Mike) Howard of Lake Bracken, Illinois and Cory (Hanna) Heimer of East Galesburg, Illinois; four grandchildren: Angela, Bryanna, Colin and Kyeler Heimer; one brother, Ron Heimer of St. Augustine, Illinois and Brother-in-law, Larry Litchfield of Eldon, Missouri. He was preceded in death by his parents and two sisters: Joyce Blevins and Rita Litchfield. Early in his life he farmed in the Abingdon and St. Augustine area, and part time bartending at Club 41 and mowing local cemeteries. Then, he went to work for the State of Illinois Highway Department until he retired. He enjoyed woodworking, playing cribbage, watching NASCAR and teasing his grandchildren. He was a member of AA in Galesburg, Illinois for 27 years. Visitation will be held on Friday, December 28, 2018 from 5:00 P.M. to 7:00 P.M. at the Hurd-Hendricks Funeral Home & Crematory in Knoxville. Funeral Services will be held on Saturday, December 29, 2018 at 10:30 A.M. at the Hurd-Hendricks Funeral Home & Crematory in Knoxville. Interment will be at the Knoxville Cemetery in Knoxville. Memorial contributions may be made to Alzheimer’s Research or the American Cancer Society.

The family of William Heimer created this Life Tributes page to make it easy to share your memories.

Send flowers to the Heimer family.