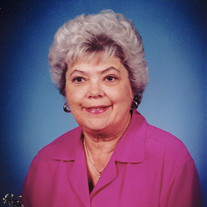 Una Arillis Bowman, age 91, of Oneida, Illinois, died at 1:59 A.M. on Sunday, November 11, 2018 at the OSF Saint Mary Medical Center in Galesburg, Illinois. She was born on May 2, 1927 in Galesburg, the daughter of Earle H. and Bertha Marie (Brown) Swanson. She graduated from the Oneida High School in 1945, and went on to Monmouth College and Bradley University to obtain her Bachelor of Science degree in Education. She taught for one year at Monmouth High School. On August 6, 1950, Una married Edward Andrew Bowman at the United Methodist Church in Oneida. He preceded her in death on April 26, 2003. She is survived by her daughter, Lisa (and Mike) Moody of Galesburg; her daughter-in-law, Sally (and the late Lynn) Bowman of Oneida; three grandchildren: Andrew (and Karlie) Bowman of Oneida, Michael O’Dell of Galesburg, Elizabeth (and Matthew) Hulsizer of Galesburg; and two great-grandchildren, Ryker and Bauer Bowman, both of Oneida. She was preceded in death by her parents; her husband; and her son, Lynn Bowman. Una was a member of the United Church of Oneida, as well as the Knox County Home Extension and Homemaking, United Methodist Women, and the Oneida Women’s Club. She was a past member of the Galesburg Chapter of the D.A.R. Una and her husband loved to travel, and were able to visit all fifty states together. She was a proud farm wife, and greatly enjoyed working the farm with her husband. She was a devoted mother, mother-in-law, grandmother, and great-grandmother. She greatly enjoyed working on genealogy for her family and helping others with their family trees. Visitation will be held on Thursday, November 15, 2018 from 5:00 P.M. to 7:00 P.M. at the Hurd-Hendricks Funeral Home in Oneida, Illinois. Private funeral services will be held on Friday, November 16, 2018 at the Hurd-Hendricks Funeral Home in Oneida. Rev. Terry England will officiate. Interment will be at the Oneida Cemetery in Oneida. Memorial contributions may be made to the United Church of Oneida or the ROWVA FFA Foundation.

Una Arillis Bowman, age 91, of Oneida, Illinois, died at 1:59 A.M. on Sunday, November 11, 2018 at the OSF Saint Mary Medical Center in Galesburg, Illinois. She was born on May 2, 1927 in Galesburg, the daughter of Earle H. and Bertha Marie... View Obituary & Service Information

The family of Una Arillis Bowman created this Life Tributes page to make it easy to share your memories.

Send flowers to the Bowman family.