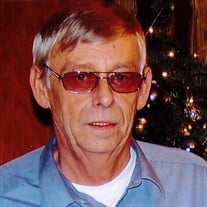 Thomas H. “Tom” Seabloom, 72, of Knoxville, passed away on Tuesday, December 8, 2020, 7:50 AM at Rivercrossing Rehab-Aperion Care, Galesburg. Tom was born on August 11, 1948 in Moline. He was the son of Thomas E. Wilson and Juanita Elvera Seabloom. He married Dolores “Dory” Huber on October 20, 1972 in Burlington, Iowa. She preceded him in death on February 10, 2008. Tom is survived by his daughter Tonley Seabloom of Knoxville; eight grandchildren, Zach Shaw, Morgan (Matt Lucchini) Seabloom, Kylie (Richard Ladner) Wilson, Keegan Waggoner, Kaity Waggoner, Alexis (Loren Smith) Batchelder, Brooke (Tramir Duarte) Batchelder, Bryson Harn; three great-grandchildren, Bruno Lucchini, Layla Duarte and Harper Shaw; a brother, Matthew Wilson of Baldwin, New York; and sister-in-law, Kim Wilson of Dittmer, Missouri. He was preceded in death by his wife; his “Little Grandma” Elvera Seabloom, whom was very special to him and helped to mold him into the man he was; parents; daughters, Julie Waggoner and Lorrie Gibbons; brother, Mark Wilson; and sister-in-law, Felicia Wilson. Tom was a Vietnam Veteran. He served in the United States Army from 1968-1974. He received the Army Commendation Medal both First and Second Oak Leaf for his bravery in Vietnam. After the Army, Tom worked as a millwright for John Wilhiem and Associates in Pekin for a number of years. He then went on to be a truck driver for Knoxville Transportation until his retirement. Tom was a past commander for the Harry Philblad American Legion Post #749, member of the 40&8. He started the Bass Fishing Program at the Knoxville High School. Tom enjoyed fishing, camping at the Keithsburg Campground and fishing trips to Kentucky Lake with Dory, catching a card game at the legion and woodworking. Most of all he loved his family, especially spoiling his grandchildren. Cremation rites have been accorded. A burial of cremated remains will be held 1:00 PM, Wednesday, December 16, 2020, at the Knoxville Cemetery, Knoxville, Illinois. A celebration of Tom’s life will follow the graveside service at Big Catz BBQ, 221 E. Main Street, Knoxville. Arrangements have been entrusted with Hurd-Hendricks Funeral Homes and Crematory, Knoxville. Memorials may be made to the American Lung Cancer Association or to the American Heart Association. On-line condolences and expressions of sympathy may be made through www.hurd-hendricksfuneralhome.com

The family of Thoms H. "Tom" Seabloom created this Life Tributes page to make it easy to share your memories.

Send flowers to the Seabloom family.