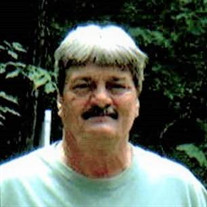 Thomas J. Ennis, Sr., age 64, of Galesburg, Illinois, died at 7:54 P.M. on Thursday, August 8, 2019 at the OSF Saint Mary Medical Center in Galesburg. On Friday, October 29, 1954, Thomas was born to Leo and Myrtle (Ferrell) Ennis in Galesburg. He grew up in the Knox County area, graduating from Knoxville High School with the class of 1972. He was married to Tina Wells on September 21, 1974. He was then married to Barbara Coleen on September 12, 1997. Thomas is survived by his children: Thomas J. Ennis, Jr. of East Galesburg, Illinois, Teresa “Terri” (and Robert) Garrabrant of Valley Park, Missouri; his mother, Myrtle Potter of Galesburg; two grandchildren: Logan Garrabrant, Aubrey Garrabrant both of Valley Park, Missouri; and two brothers: Leo (and Jenny) Ennis of Galesburg, and Keith “Pete” Ennis of Galesburg. He was preceded in death by his father, Leo Ennis; his step-father, Russell Potter; three brothers: Larry, Ed, and David; and one sister, Becky. There were many pastimes that Thomas enjoyed, although he especially favored activities that allowed him to spend time in the great outdoors. He could frequently be found hunting, fishing, and trapping in his spare time. He also enjoyed attending auctions, and would never turn down a game of poker. Over all things, however, he loved his family and spending time with them. He will be greatly missed by all who knew him. Cremation rites will be accorded. A graveside memorial service will be held on Friday, August 16, 2019 at 11:00 A.M. at the Knoxville Cemetery in Knoxville, Illinois. Rev. Gary Bryan will officiate. Memorial contributions may be made to the family.

The family of Thomas J. Ennis, Sr. created this Life Tributes page to make it easy to share your memories.

Send flowers to the Ennis family.