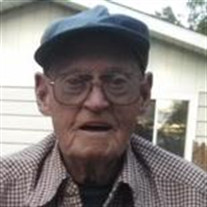 Robert L. Sexton, 92, of Galesburg, Illinois, passed away Sunday, June 17, 2018 at 5:50 A.M. at the Galesburg Cottage Hospital. He was born December 12, 1925 in Galesburg, the son of Lloyd Finnin Sexton and Mary Lela (Schermerhorn) Sexton. He graduated from Galesburg High School with the Class of 1944. Shortly after graduation, he joined The United States Army on June 17, 1944, he was Honorably Discharged on June 8, 1946. He then married Jacqueline L. Scott on April 8, 1947 at the Corpus Christi Catholic Church in Galesburg. They were happily married for 57 years. She preceded him in death on October 16, 2004. Robert was a Machinist for the Admiral Corporation for 34 years. He was a lifelong member of the Flying Tigers, Veterans of Foreign Wars, AMVETS, and the Galesburg American Legion. He was also a member of the Knox County Sheriff’s Posse and the local Boots and Saddle Club. He enjoyed fishing and playing cribbage, Keno, and slot machines. He is survived by his 4 children, John H. Sexton of Galesburg, Sandra K. (Chris) Doubet of Galesburg, James R. (Anita) Sexton of Knoxville, Mary K. Strain of Nampa, Idaho, 6 grandchildren, 19 great-grandchildren, and 1 great-great-grandchild. He was preceded in death by his wife, Jacqueline Sexton, parents, Lloyd and Mary Sexton, sister, Eleanor Mclaughlin, and son-in-law, Gordon Strain. Cremation rites will be accorded with the Hurd-Hendricks Funeral Home and Crematory in Knoxville. A graveside service will be held Friday, June 22, 2018 at 9:00 A.M. at the East Linwood Cemetery in Galesburg. Memorial contributions can be left to the American Cancer Society or to the charity of donor’s choice. Online condolences may be made at www.hurd-hendricksfuneralhome.com

The family of Robert L. Sexton created this Life Tributes page to make it easy to share your memories.

Send flowers to the Sexton family.