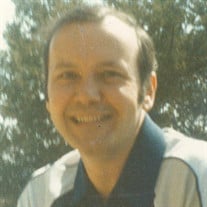 Philip E. Swanson, 79, of Galesburg, Illinois, died on Monday, January 1, 2018 at 4:37 P.M. at Seminary Manor in Galesburg, Illinois. He was born on June 4, 1938, the son of Ralph and Ethel Swanson. He married Karen Bryant on September 25, 1982. Philip is survived by his wife: Karen Swanson of Galesburg, Illinois; one sister: Marge (Danny) McMullin of Galesburg, Illinois; one brother: Ken Swanson of Tallahassee, Florida; his children: Mark (Rhonda) Bryant, Lori (Steve) Nufer, Chris Jones, Judi (Tom) Smith, Scott (Evelyn) Swanson, and Kelly Swanson. He and Karen have eleven grandchildren and twenty-five great grandchildren. He was preceded in death by his parents; one brother: Gordon Swanson; and a grandson: Jeffrey. He had a lifetime career as a pressman, working for Nevius Printing and the Labor News. He loved to fish and look at the old classic cars. He also worked as a part-time carpenter. Visitation will be held on Saturday, January 6, 2018 from 10:00 A.M. to 11:00 A.M. at the First Lutheran Church in Galesburg, Illinois. The Funeral Service will be held at 11:00 A.M. on Saturday, January 6, 2018 at the First Lutheran Church, Pastor Pamela Marolla officiating. Interment will be at the Knoxville Cemetery in Knoxville, Illinois. Memorial contributions may be made to the First Lutheran Church or the American Cancer Society. On-line condolences and expressions of sympathy may be made through www.hurd-hendricksfuneralhome.com

The family of Philip E. Swanson created this Life Tributes page to make it easy to share your memories.