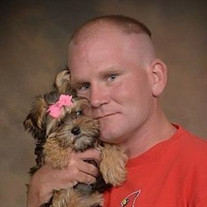 Paul Russell Pedigo, age 28, of San Leandro California, formerly of Galesburg, Illinois, passed away on Friday, November 23, 2018, at his home. Paul was born on May 18, 1990 in Galesburg, the son of Richard and Mary Ann (Rohweder) Pedigo. He graduated from Galesburg High School in 2008. Those left to cherish his memory include his parents; his sister, Becka (Bobo) Pedigo; one niece, Kensley Faith Maldonado; his grandpa, John Pedigo of Galesburg; his uncles: George (Doggie) Rohweder of Cooksville, Tennessee, Greg Rohweder of Oneida, Illinois, Jeff (Paige) Rohweder of Oneida; and his aunts: Melissa (Mike) Noonan and Mellie Pedigo. He was preceded in death by his grandparents: Edward and Mary Rohweder, Karen Pedigo, Fred and Sarah Norris; his favorite uncle and aunt, David and Elaine Powell, and Conrad and Judy Mueller. Paul lived most of his life in Galesburg and moved to San Leandro, California with his parents in 2013. Paul worked at Douglas Parking in Oakland, California as a parking attendant. Paul coached and umpired for the District 45 Little League in California; he was the Hayward West Little League Coach. Paul loved his family and baseball. He was a huge fan of the Saint Louis Cardinals baseball team and loved to tease his Grandma Karen and Grandma Sarah, who were Cub fans. A Celebration of Life will be held on May 18, 2019 from 3:00 P.M. to 6:30 P.M. at the Hurd-Hendricks Fellowship Center in Knoxville, Illinois. Pastor Darrell Bagwell will be officiating the services. Dinner will be served at 5:00 P.M., following the conclusion of the services. The family requests that you please wear your favorite Cardinal’s apparel or Paul’s favorite color, red. In lieu of flowers, memorials may be made to any suicide prevention organization of the donor’s choice, or to the family.

Paul Russell Pedigo, age 28, of San Leandro California, formerly of Galesburg, Illinois, passed away on Friday, November 23, 2018, at his home. Paul was born on May 18, 1990 in Galesburg, the son of Richard and Mary Ann (Rohweder) Pedigo.... View Obituary & Service Information

The family of Paul Russell Pedigo created this Life Tributes page to make it easy to share your memories.

Send flowers to the Pedigo family.