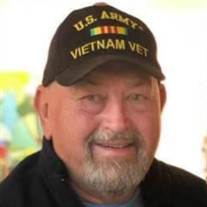 Patrick T. Hoy, 72, of Galesburg, passed away peacefully with his family at his side on Friday, January 28, 2022, 2:44 AM at Heartland Healthcare Center, Galesburg. Patrick was born on June 7, 1949 in Rock Island. He was the son of Glenn and Betty (Rumbolt) Hoy. Patrick married Susan Miller on September 19, 1986 in Lake County, Illinois. Together, Susan and Patrick built a life to span thirty-five years. Patrick is survived by his loving wife, Susan; his children, Jennifer (Ryne) Bushong of Delong, Kevin (Becca) Hoy of Schaumburg, Shannon (Nick) Arnold of North Liberty, IA and Daniel (Shannon) Pollack of Downers Grove; siblings, Jodi (Greg) Farrell and Mary (Peter) Pappas, both of Colorado, Tony (Sue) Hoy of Davenport and John (Karey) Baxter of East Moline; nine grandchildren, Camryn, Makayla, Everleigh, Dylan, Olivia, Liam, Hudson, Aubrey and Kendall. He was preceded in death by his parents and brother, Christopher. Patrick graduated from Rock Island High School. After graduation, he joined the United States Army and was a veteran of the Vietnam War. He was draft specialist for multiple distributors for a number of years. In his free time, Patrick enjoyed fishing, canoeing, bowling, playing volleyball and poker. He was an avid football fan, especially the Denver Broncos and coin collector. He was also a talented drummer. Always the life of the party, Patrick enjoyed any activity that centered around friends, families and beer. “The Rock from Rock Island” was a selfless, big hearted and outgoing guy. Patrick was a fighter, surviving brain cancer and a triple bypass heart surgery. Even when sick, Patrick put the needs of others before his own. Patrick will be greatly missed by those who loved him. Visitation will be held from 4-6 PM on Tuesday, February 1, 2022 at Hurd-Hendricks Funeral Homes & Crematory in Knoxville, Illinois. Funeral services will be 10 AM on Wednesday, February 2, 2022 at the funeral home. Military rites will be conducted at the funeral home after services. Interment will be at the Rock Island National Cemetery, Rock Island. Memorials may be made to St. Jude or the Quad Cities Honor Flight. On-line condolences and/or expressions of sympathy may be sent through www.hurd-hendricksfuneralhome.com

Patrick T. Hoy, 72, of Galesburg, passed away peacefully with his family at his side on Friday, January 28, 2022, 2:44 AM at Heartland Healthcare Center, Galesburg. Patrick was born on June 7, 1949 in Rock Island. He was the son of Glenn and... View Obituary & Service Information

The family of Patrick T. Hoy created this Life Tributes page to make it easy to share your memories.

Patrick T. Hoy, 72, of Galesburg, passed away peacefully with...

Send flowers to the Hoy family.