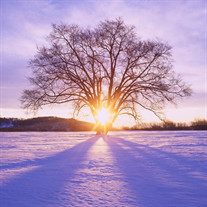 Norma J. Goedeke, age 82, of Maquon, Illinois, died at 11:29 A.M. on Sunday, December 22, 2019 at Seminary Manor in Galesburg, Illinois. She was born on April 28, 1937 in Galesburg, the daughter of Lowell and Freida (Greene) Guenther. Norma grew up in the Galesburg area and graduated from Galesburg High School with the class of 1955. On February 18, 1956, Norma was married to Lyle Goedeke in Galesburg. Norma is survived by her loving husband of sixty-three years, Lyle Goedeke of Maquon; their daughter, Sue Ann (and Jim) Gutshall of Elmwood, Illinois; three granddaughters: Cassie (and Jeremy) Crouch of Maroa, Illinois, Becky (and Chris) Alfrey of Oswego, Illinois, Mary Ann (and Bill) Sinclair of Columbia, Indiana; six great-grandchildren: Taylor, Morgan, and Delaney Crouch, Vincent and Zachery Alfrey, Mason Sinclair; and her brother, Howard Guenther of Quincy, Illinois. She was preceded in death by her parents. Norma worked as the Secretary Treasurer of the Maquon Fire Department for over twenty-one years, and also proudly worked alongside her husband custom farming. She served as past president of the Maquon Homecoming Committee and was a member on the board for many years; she was also a member of the former Maquon Ladies Cemetery Association. Painting was a hobby that she enjoyed immensely and she was a very talented artist. Spending time with her family, especially her children and grandchildren, was what she loved to do more than anything else. Visitation will be held on Friday, December 27, 2019 from 5:00 P.M. to 7:00 P.M. at the Hurd-Hendricks Funeral Home & Crematory in Knoxville, Illinois. The funeral service will be held on Saturday, December 28, 2019 at 1:00 P.M. at the funeral home. Interment will be at the Maquon Cemetery in Maquon, Illinois. Memorial contributions may be made to the Maquon United Methodist Church or to the Maquon Fire Department.

The family of Norma J. Goedeke created this Life Tributes page to make it easy to share your memories.

Send flowers to the Goedeke family.