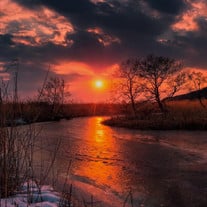 Myrna E. Godsil, age 77, of Galesburg, Illinois, died at 6:35 A.M. on Monday, January 13, 2020 at her home. She was born on December 27, 1942 in Galesburg, the daughter of Roger and Caroline (Vancil) Baughman. She grew up in the Galesburg area, and was married to Stephen Godsil, Jr. on October 3, 1970. Left to cherish Myrna’s memory are her five children: Caroline Poulson of Knoxville, Illinois, Leonard Mitchell of Galesburg, Harold Mitchell of Atlanta, Georgia, Phillip Mitchell of Clarksville, Tennessee, Josef Mitchell of Atlanta, Georgia; four step-children: Stephen Godsil, Jr. of Clarksville, Tennessee, Scott Godsil of Galesburg, Catherine Godsil of Galesburg, Robin Cooper of Monmouth, Illinois; many grandchildren; many great-grandchildren; and four of her siblings: JoAnne Temple of Galesburg, Phyllis Crockett of Atkinson, Illinois, Dennis Baughman of Nebraska, and Roger Baughman of Galesburg. She was preceded in death by her parents; husband; two brothers; and one sister. Myrna worked for many years as a house keeper at nursing homes in the Knox County area. She had many hobbies that she enjoyed, including solving crossword puzzles. She will be remembered as a loving wife, mother, grandmother, great-grandmother, sister, aunt, and friend. Cremation rites will be accorded. There will be no services at this time. Hurd-Hendricks Funeral Home & Crematory in Knoxville is assisting the family.

The family of Myrna E. Godsil created this Life Tributes page to make it easy to share your memories.

Send flowers to the Godsil family.