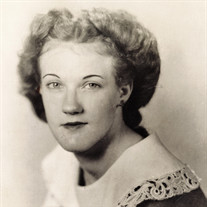 Mary L. Szydloski, 82, of Knoxville, Illinois passed away Sunday, July 1, 2018 at 1:05 A.M. at the Marigold Rehabilitation and Health Care Center in Galesburg, Illinois. Mary was born on September 15, 1935 in Hannibal, Missouri, the daughter of George B. Jones and Fern (Sexbury) Jones. She married Frank Szydloski on November 6, 1957 in Hannibal, Missouri. He preceded her in death in 2006. She worked for Butler Manufacturing in Galesburg for 35 years. Mary is survived by her 6 children; Wanda (and Gary D. Haneghan Sr.) Davidson of Galesburg, Illinois, Lee Szydloski of Independence, Missouri, Danny Ray Szydloski of Florida, Robert G. Szydloski of Monmouth, Illinois, Bobby Joe Szydloski of Chicago, Illinois, Frankey Szydloski of Florida, many grandchildren, 5 siblings; Billy Jones, Jenny Jones, Charles Jones of Quincy, Illinois, Daniel Jones of Louisiana, and Johnny (and Shirley) Jones of Colorado. She was preceded in death by her husband, parents, 1 brother, Buck Jones, and 1 sister, Mildred Jones. Cremation rites will be accorded with the Hurd-Hendricks Funeral Home and Crematory in Knoxville, Illinois. Online condolences can be made at www.hurd-hendricksfuneralhome.com.

The family of Mary L. Szydloski created this Life Tributes page to make it easy to share your memories.

Send flowers to the Szydloski family.